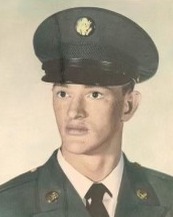 Frank LeRoy Montag, age 74, of Duchesne, passed away on December 20, 2022 at the Uintah Basin Medical Center.
Frank was born June 17, 1948 in Murray, Utah to Bobby Lynndale and Geraldine B. Smith Montag.  He served in the Army during the Vietnam War.  He married Phyllis Jane Parry on March 13, 1976.  She died October 17, 2021.
Frank enjoyed camping, fishing, riding motorcycles, going to concerts, attending parades and he loved to have a good time.  He was a talented baker and could make the most scrumptious items.  He had a lot of knowledge about nutrition and vitamins and enjoyed helping others feel better.  He was a hard worker, loved his family and delighted in spending time with them.
He is survived by his children, Franklin Montag, Dennis Montag, Misty Montag, John Chapman, Cindy (Todd) Webster, Matt (Denise) Chapman, Robert Chapman, numerous grandchildren; his siblings, Dennis (Darla) Montag, Blaine (Dana) Montag, Grant Montag; best friends, Terry Gilson and Rod Wake.
He is preceded in death by his special granddaughter, Lilly Anne, his siblings, Lynn & Larry Montag and Claudia Monahan.
Per his wishes he was cremated and will be buried at a later date with his wife in the Camp Williams VA Cemetery in Bluffdale.
Military honors will be presented at the cemetery.