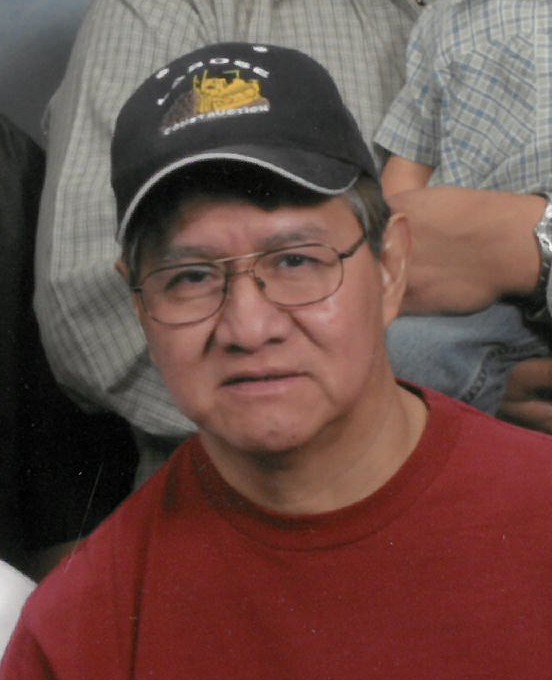 Francisco Steele, age 64, of Peach Springs, Arizona, passed away October 17, 2019.
He was born April 1, 1955, in Owyhee, Nevada, to Jim Steele and Leota Arrive.  He grew up at the “8-Mile Ranch” and helped with raising horses, training them, riding the range, and bucking hay.  In high school, he was a Golden Glove boxer, participated in track, was on the football team, and played basketball.
He worked as a welder and then spent many years on the rodeo circuit, first as a bare back rider and then as a saddle bronc rider.  He was a member of the Rocky Mountain Indian Rodeo Association.  He enjoyed hunting, fishing, camping, watching boxing and his favorite football team, The Steelers, and traveling with his grandchildren to watch them at Pow Wows and play Handgame.  Wild game and pine nuts were two of his favorite things.
Francisco is survived by his children, Devonna Steele, Camp Verde, Arizona; Stevie (Skyler) Lomahaftewa, Basalt, Colorado; Lyda (Frazier) Steele, Peach Springs, Arizona; 9 grandchildren; siblings, Ruby Ridesatthedoor, Yellowstone Subdivision; Hilda Rondeau, Crow Agency, Montana; Chester Steele, Roosevelt; Irene (William) Thompson, Roosevelt; Helen Steele (Amos Murphy), Ibapah, Utah; and numerous nieces and nephews.
He was preceded in death by his parents; a son Franciscio Steele; siblings, Edmund, Herbert Clark, Ray Chris, Alfred, Jesse, & Samuel Steele, Rosella Undergust; and a grandson, DeWaun Steele.
Funeral services will be held on Monday, October 28, 2019, at 10:00 a.m. at the Ft. Duchesne Community Building.  There will be a wake at the community building on Sunday after 4:00 p.m. He will also be taken, on Saturday, to Irene Thompson's home until he is taken for the Wake on Sunday to the community building.
Burial will be in the Red Knoll Cemetery.

To order memorial trees or send flowers to the family in memory of Francisco Steele, please visit our flower store.