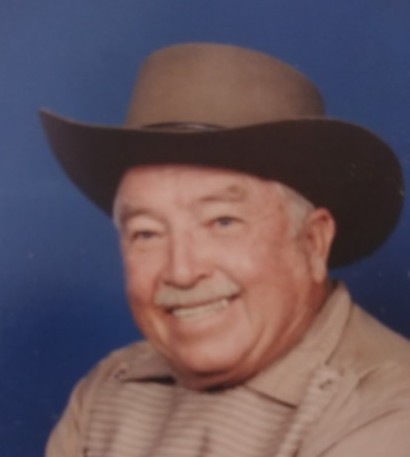 Floyd Ellsworth Cox, age 89, of Roosevelt, passed away May 26, 2019 at the Sr. Villa.
Floyd was born December 1, 1929 in Myton to Ellsworth Willard and Arloia Jones Cox.  He married Jean Meyer on December 16, 1996 in Roosevelt.  They were sealed in the Vernal Temple on September 10, 2005.  She died June 24, 2010.
Floyd graduated from Wasatch High School and immediately joined the Navy, serving for 22 years before his retirement.  During the Korean War he was an underwater demolition expert.  He boxed in the Golden Gloves tournaments.  He retired from the Tooele Army Depot.  He was one of the youngest sailors to receive the rank of Boatswain’s Mate.
He was a 4-H horse leader for 14 years and a boy scout leader for 17 years.  He was one of the last adults to receive his Eagle Scout Award.  He loved to dance and was part of the Myton Stomp, during his youth.  He danced and entertained on the ship during his Navy years and he and Jean square danced after he got older.  He was a successful Rancher working 3500 acres and working numerous cattle through the years.
He loved singing and was known for his yodeling skills. He was proud to be a grandson of Shelby Deacon Jones of the Cherokee Indian Nation.
He is survived by his children, Cindy (David) Kempff, West Jordan; Rodney (Leslee) Cox, St. George; Eric (Sherrie) Cox, Roosevelt; Lance (Marie) Cox, Roosevelt; Wade Cox, SLC; Lori (Tracy) Williams, Bluebell; Heather (Jim) Frasier, Kearns; daughter by heart, Denene (Ben) Whetman, South Jordan; 30 grandchildren, 51 great grandchildren and 3 great-great grandchildren, siblings, Illina Wood, Riverton; Judy (Bob) Anderson, Ephraim; and Larry Cox, St. George.
He was preceded in death by his parents, wife, Jean Cox, siblings, Elma Broadhead, Helen Wilde, Glen Cox, Alvin Cox, Clarence Cox and Claudia Kemp.
The family would like to thank the Parkside Manor and the Sr. Villa for their loving care of Floyd.
Funeral services will be held on Saturday, June 1, 2019 at 11:00 a.m. at the Myton Chapel of the Church of Jesus Christ of Latter-Day Saints.  Viewings will be held on Friday evening at the Hullinger Mortuary, 457 East 300 North,  from 6 - 8 p.m. and Saturday at the church from 10:00 - 10:45 a.m.
Burial in the Roosevelt Memorial Park with military honors presented by the Navy Honor Guard, Myton American Legion and the Patriot Guard Riders.

To order memorial trees or send flowers to the family in memory of Floyd Cox, please visit our flower store.