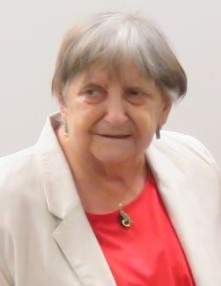 Eunice Marie Bersley Sprecher LeFevre, age 82, of Duchesne, died on September 3, 2019, at the Uintah Basin Medical Center.
Eunice was born on April 6, 1937, in Dubuque, Iowa to Otis and Rosella Schafer Bersley.  She married Emil Edward Goergen, II, in 1953, and they later divorced.
Eunice was a registered nurse.  She also worked as a dispatcher for the Duchesne County Sheriffs Department.
Eunice is survived by her children, Victoria (Troy) Carter, Melodie Sandhagen, Emil (Karen) Goergen, Sheila (Dean) Glawe, Sharon Gordon, and Edward (Terri) Goergen; step-daughter, Diane Crawford; 26 grandchildren, and 64 great-grandchildren.
She was preceded in death by her parents, and her daughter, Juanita Kobienia.
Funeral services will be held on Monday, September 9, 2019, at 11:00 a.m. at the Duchesne Stake Center of the Church of Jesus Christ of Latter-Day Saints.  A viewing will be held that morning from 9:30 - 10:45.
Burial will be in the Duchesne City Cemetery

To order memorial trees or send flowers to the family in memory of Eunice Marie Sprecher LeFevre, please visit our flower store.