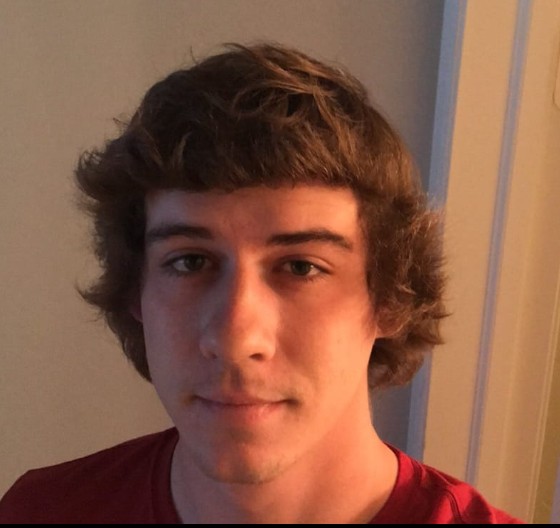 Ethan Eli May, age 26, of Midvale, formerly of Duchesne, passed away July 4, 2019, at his home.
He was born January 8, 1993, in Roosevelt, to Daryl Eugene and Connie Sue Stacy May.  He attended and graduated Duchesne High School where he was a state champion wrestler.
Ethan worked as a welder at Central Machine in Duchesne and then as a concrete worker at a landscaping company in Salt Lake City where he excelled at his job.  His pastimes were fishing and working on classic cars.  One of his greatest joys was watching and, when he was old enough, participating in the Demolition Derby at the county fair, which he took second place in various times since he was age 16.  He also liked to watch NASCAR with his father.
Ethan is survived by his companion, Mikael Ivie; his parents, Daryl (Connie) May, Duchesne; Connie May, Ponca City, Oklahoma; siblings, Brandon May, Astoria, OR; Cassie Stacy, TX; Justin (Taylor) May-Warr, Duchesne; Jill Epperly, Blackwell, OK; step-siblings, Chad (Rachel) Olsen, Provo; Sam Farnsworth, Roosevelt; Sadie (Devin) Christensen, Draper; Joshua (Natasha) Farnsworth, Bridgeland; grandparents, Christine Hobbs, Fred Hobbs, both of Duchesne; aunts, Linda May, Chris Anne Dahl; and numerous nieces and nephews.
He was preceded in death by his grandparents, Yula & Kenneth Brotton, and Dale May.
Funeral services will be held on Wednesday, July 10, 2019, at 11:00 a.m. at the Duchesne 1st & 3rd Ward Chapel of the Church of Jesus Christ of Latter-day Saints (130 S 300 E).  There will be a viewing that morning at the church from 9:30-10:45 a.m.
Following the services there will be cremation.  Condolences may be shared at www.hullingermortuary.com
In lieu of flowers, please donate to the Suicide Prevention Lifeline at https://suicidepreventionlifeline.org/donate/
The National Suicide Prevention Lifeline is 1-800-273-8255

To order memorial trees or send flowers to the family in memory of Ethan Eli May, please visit our flower store.