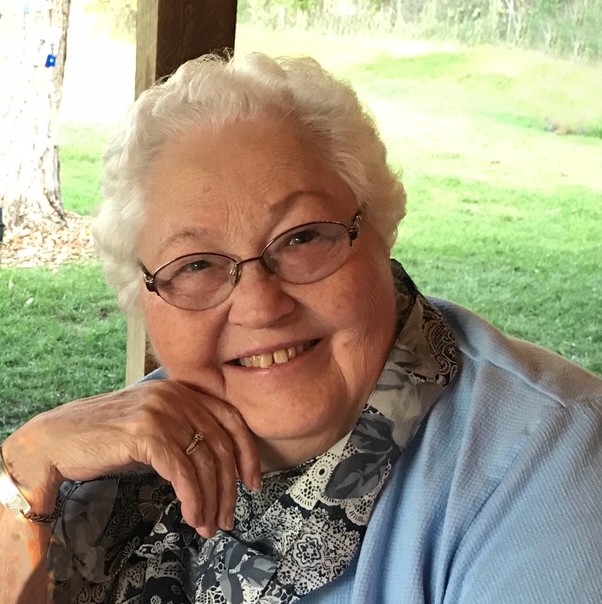 Esther Holden Miles, age 86, of Roosevelt, Utah passed away on Friday, February 28, 2020 at her home with her family by her side.
She was born on July 4, 1933 in Lewiston, Utah to David Roland and Lucy Almira (Hendricks) Holden. Esther married JayVale Miles on April 24, 1956 in the Idaho Falls Temple. Together they raised two beautiful children, Melody Anne and Michael Jay. After enjoying 52 years of marriage her sweetheart passed away on May 25, 2008.
Esther was a hard worker and could be found in the fields alongside Jay and the children on the family’s 20-acre farm, which at different times included asparagus, corn, alfalfa, and cattle. The chores started hours before going to her paid job where she worked for many years in the Sunnyside School District as a secretary to the principal, and later worked as a legal secretary at an attorney’s office. After she and Jay retired, they sold their farm and moved into town to become city folk. They loved this time of their lives as it gave them the opportunity to travel to different parts of the world with their brothers and sisters and visit grandchildren who lived far away. She loved her grandchildren with all her heart.
Esther had many hobbies and talents including dancing, church road shows, musical theater, embroidery, quilting and ceramics. She owned her own kiln and would clean, fire and paint beautiful ceramics. Many of her family and friends have a “Dolls by Esther” piece created just for them. One of her favorite hobbies was singing with her sisters in a women’s barbershop group called Sweet Adelines which she did from 1983-2011. A highlight during her Sweet Adelines time was being able to travel to Australia and perform in the Sydney Opera House on her birthday.
Esther was an active member of the Church of Jesus Christ of Latter-day Saints where she served in many callings, including years of being a girl’s camp director and many more callings involving leading the music. She also served with her husband as an ordinance worker in the Columbia River Temple.
Esther is survived by her children Melody (Eric) Harris, Vancouver, Washington, Michael (Anne Marie) Miles, Roosevelt, Utah; eight grandchildren and seven great-grandchildren.
She was preceded in death by her loving husband, her parents and sister Larenna.
A viewing will be held in Roosevelt, Utah on Wednesday, March 4, 2020 at the Hullinger Mortuary from 6-8 p.m.
Funeral services will be held Saturday, March 7, 2020 at 11:00 a.m. at the Sunnyside, Washington Chapel of the Church of Jesus Christ of Latter-day Saints.  There will be a viewing at the church prior to the services from 9:00-10:45 a.m.
She will be buried in the Lower Valley Memorial Gardens in Sunnyside, Washington.

To order memorial trees or send flowers to the family in memory of Esther Miles, please visit our flower store.