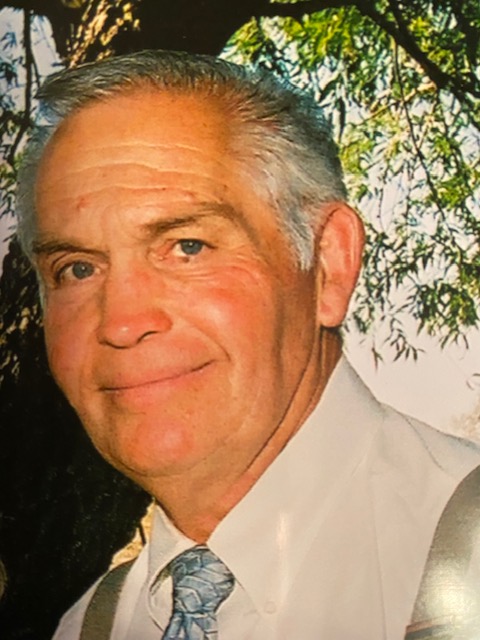 Errol A. Whiting, age 78, of Neola, passed away Saturday, April 18, 2020, at his home surrounded by his beloved wife, Mary, and loving family.
Errol was born September 1, 1941 to Harold and Geneva Whiting, Errol’s identical twin brother, Merrill, passed away in infancy. Errol was raised in Neola, he graduated from Union High School. He served for The Church of Jesus Christ of Latter-day Saints in the Southern California Mission as a young man. He enjoyed serving those around him, and built relationships and experiences that lasted his entire life. He then attended BYU and Weber State.
Errol married his high school sweetheart, Melpha Houtz on June 4, 1964 in the Salt Lake City Temple. They enjoyed 37 years of marriage together. Although challenging at times their children, Yvonne, Michael, and Anthony along with grandsons Danny and Brandon Tucker brought them happiness. Melpha was called home August 30, 2001.
Errol worked for the Bureau of Reclamation as a “dam inspector” for 21 years. He served as inspector for the tunnel connecting Still Water and Current Creek reservoirs, and Red Fleet, Stillwater, and Current Creek dams during construction. Errol also was an inspector during the remodel of Flaming Gorge visitor’s center.
He met his second sweetheart Mary Ruth Cluff in 2005. They married March 17, 2007 and were sealed March 19, 2008 in the Vernal, Utah Temple. Together they continued raising Danny and Brandon. Mary has been a light to Errol, he enjoyed spending time with his added family. This is when Errol discovered he liked to play games as it enriched relationships with those he loved.
Errol was a faithful member of The Church of Jesus Christ of Latter-Day Saints, serving in the Vernal Temple for 9 years with his wife Mary. He enjoyed serving the community of Neola, being involved in numerous venues. In the Boy Scout program: he performed Arrow of Light ceremonies for many Cub Scouts, he helped and encouraged many young men on the trail to receive their Eagle award. He served several years on the Neola park board. Along with other team members, he worked year round improving the rodeo grounds. They were able to continue the oldest rodeo in the state, bring in the horse team-pulls, and assisted in the traditional July 3rd chicken bbq. That always brought in a big crowd to celebrate our liberty and freedom, as a patriot this was important to Errol. He was able to continue to be involved in the Fourth of July celebrations, and he and Mary were chosen to be Grand Marshalls in 2017. He served as sexton of the Neola cemetery for many years. Taking his time to care for the grounds, more importantly to care for the families of loved ones in their time of loss, to prepare the final resting place of friends and family.
Errol’s hobbies included: flying model airplanes, motorcycles, gardening, woodworking, burning ditches, cement work, hauling wood, being Santa’s Helper, prank wrapping gifts and losing his marbles. He upheld his family name as he lived the values that he learned from his Mom & Dad. Errol loved working with his father Harold, on his farm and in construction, he became a jack of all trades. His dad taught him his great work ethic, which served him well in life. Harold instilled the love of Christ in all he taught; this was the building block for Errol’s testimony of his Savior, to stand fast for what he believed in. His dad also taught him a good sense of humor, and to find the good in life. Errol had an infectious laugh, and always had a story to tell.
He is survived by his current wife, Mary Ruth Whiting; sister Carolyn Smith;
children, Yvonne Whiting, Michael (Linda) Whiting, Anthony (Merilynne) Whiting, Sandra (Thomas) Kirby, Jack (Rozanne) Cluff, Steven (Page) Cluff, Audree (Corey) Merrell, Molly (Shawn) Peterson, Autum (Kyle) Eisenbraun, and Glen (Michelle) Cluff, 2 grandsons he raised Danny (Cheyenne) Tucker, and Brandon (Jessie) Tucker and 31 more grandchildren and 14 great-grandchildren.
He was preceded in death by parents Harold and Geneva Whiting; first wife Melpha; brothers, LiDell and Merrill; sisters, Ranae Hancock and VeLoy Gregson; 3 grandchildren and 2 great-grandchildren.
A private family viewing will be held at 10:00 a.m., Friday, April 24, 2020. Funeral services for immediate family will follow at 10:30 am, these services will be live-streamed at www.hullingermortuary.com on his obituary page.  It will also be recorded for all family and friends to view in their homes.
All friends and family are invited to a social distancing open casket viewing held at the Neola Cemetery, at 12:30 pm. Graveside and interment services will immediately follow.

To order memorial trees or send flowers to the family in memory of Errol A Whiting, please visit our flower store.