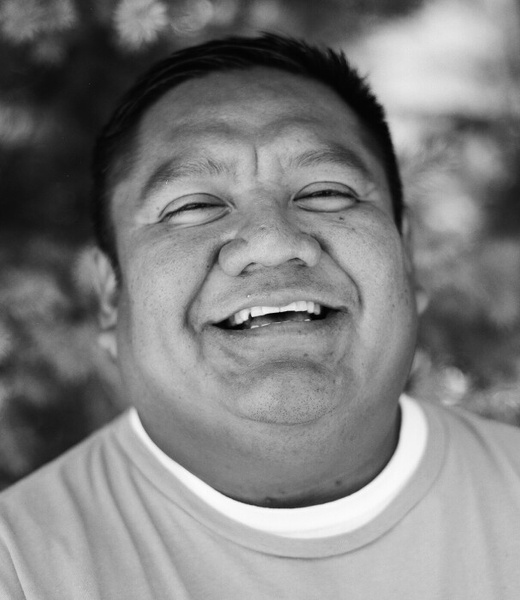 Allison Elton Blackhair, age 46, of Duchesne, passed away December 21, 2020, at the LDS Hospital from complications of COVID-19.
He was born May 23, 1974, in Roosevelt, to Larry Blackhair and Claria Pinnecoose.  He married Angie Hill on October 16, 2014, in Las Vegas.  He served in the United States Marine Corps for four years.
Elton worked at Encana as the liaison between the oilfield company and the Ute Indian Tribe.  He worked to better many relations between oil companies and the various tribes across the United States.  He was an avid outdoorsman, who enjoyed hiking and hunting.  He was a Sundancer, coached girls basketball, was a big fan of Starwars, and a die-hard fan of the New York Giants.
He was a very good father, and his children and grandchildren were his greatest joy. He was also a very attentive uncle and was close with his parents, spending a lot of time with them.
Elton is survived by his wife, Angie, of Duchesne; his children, Kaila Allred (Juven Herrera), Vernal; Selina Reyos, Haven Blackhair, Ezra Blackhair, Kendall Blackhair, all of Duchesne; grandchildren, Traivyn Hadlock & Eden Herrera; parents, Larry Blackhair, Roosevelt; Claria Pinnecoose, Randlett; siblings, Joseph (KaCee) Briden, Lebanon, OR; William Briden, Portland, OR; Allen Briden (Nikki Reed) Myton; and many nieces, nephews, aunts, uncles and other relatives, and his favorite dog, “Sam.”
He was preceded in death by his brother, Jonathan Blackhair; and his grandparents, Guy and Esther Arrive Pinnecoose; Johnnie Blackhair, and Ruby Atwine.
Funeral services will be held on Thursday, December 24, 2020, at 10:00 a.m. at the Grace Events Center, 1024 W US Hwy 40, Roosevelt.  There will be a wake at the events center on Wednesday, December 23rd after 4:00 p.m.  Funeral services will be live-streamed here or at the button below.
Burial will be in the Ft. Duchesne Cemetery with military honors.

To order memorial trees or send flowers to the family in memory of Elton Blackhair, please visit our flower store.