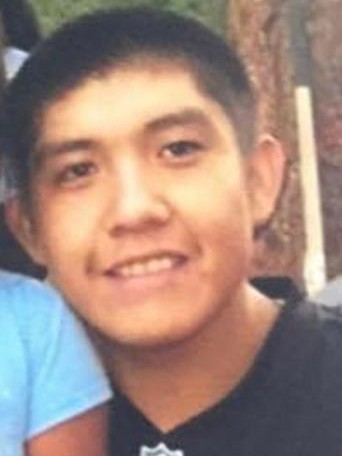 Elias Van Nez, age 22, of Roosevelt, passed away July 4, 2018.
He was born January 25, 1996, in Roosevelt, to Eli Van Nez and Melissa Ann Post.
Elias was person who had a good sense of humor and really liked to joke around.  He enjoyed fishing, hunting, playing jokes on others, listening to music, and drawing.  He was a Sundancer, participated in the Bear Dances, and was a member of the Baptist Church.  His nickname was “Llama ‘lias” because he had a fondness for Llamas.  He loved his family, really enjoyed being around them and delighted in spending time with children..
Eli is survived by his parents, Melissa Post, Roosevelt; Eli Nez, Yellowstone Subdivision; sisters, Tanis & Erias Nez, both of Yellowstone Subdivision; grandparents, Joan Post, Hilltop; Larry Nez, Sr.; Venice Shavanaux, both of Yellowstone; and numerous nieces, nephews, aunts, and uncles.
He was preceded in death by his uncle Keith Nez; grandfather, Arden Post; great-grandparents, Rose Mart Johnson, Ned & Laevette, Nez; aunt, Rosemary Cantsee; cousin Draven Nez.
There will be a service on Saturday, July 7, 2018, at 10:00 a.m. at  Joan Post’s home.  There will be a wake at that home on Friday, starting after 4:00 p.m.
Cremation will follow the services.

To order memorial trees or send flowers to the family in memory of Elias Van Nez, please visit our flower store.