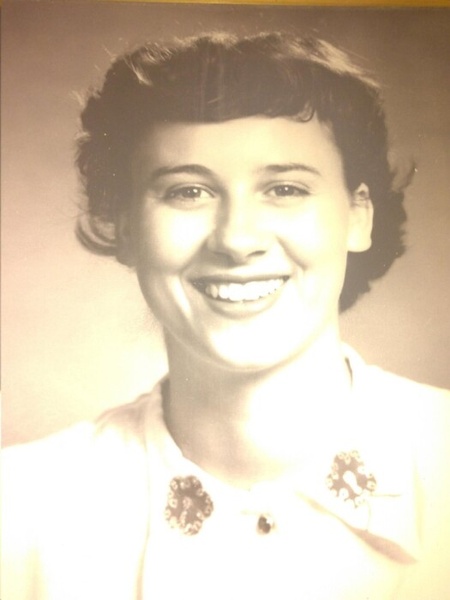 Eleanor Hackford Lyons, age 87, peacefully passed away on January 11, 2021 surrounded by family in Santaquin, Utah.
She was born April 21, 1933 and raised in Lapoint, Utah to Pete and Inez Hackford.
She spent all of her summers in the mountains and her winters on the desert with her dad in the sheep camps. Eleanor later attended Altera High School where she was a cheerleader. She loved to go to dances, which is where she met her future husband Floyd, at the Red Barn dance. During their courtship, she worked as the supervisor over many switchboard operators in Roosevelt, Utah. After Floyd and Eleanor were married, they started ranching and raising Black Angus cattle in Altonah, Utah. Eleanor was an avid animal lover and treated animals with extreme kindness. She often talked about a pet duck and pet pig that she dearly loved when she was younger. She also rode the family’s registered quarter horse stud called Bob. Bob packed Eleanor to many competitions. Eleanor was the drill mistress of the Altamont Saddlettes’ Riding Club, and enjoyed creating drills for the club to perform. The Saddlettes performed new and original drills orchestrated by Eleanor, that earned them district, region, and state trophies. Their motto, “When asked to ride, ride we did”. In 1971, they were honored by an invitation to perform at the “Days of ’47 Rodeo” in the Salt Palace. They were the only ladies’ drill team to perform there. The highlight of their riding came when they received an expense-paid trip to the granddaddy of them all – Frontier Days in Cheyenne, Wyoming. They were so proud as they paraded down the old-time western street and presented their drill at one of the largest rodeos in the United States. They spent many hours in the practice pen perfecting the drills that Eleanor had taught them.
Eleanor is survived by her sons, Rick Lyons, Altonah; Dalan Lyons, Mountain Home; her daughter, Vicki Lyons, Benjamin; granddaughters, Jade Lyons, Benjamin; Lacie Lyons Hislop, Vernal; Lonna Strode, Vernal; and one special nephew who previously lived at the Lyons resident, Pete (Kathy) Hackford, Uintah.
Eleanor was preceded in death by her husband and best friend Floyd Lyons. Her father and mother, Pete, and Inez Hackford; her brother Marion Hackford; another special nephew, Greg Hackford and many other aunts, uncles, nieces, and nephews.
Funeral services will be held at Hullinger Mortuary, Roosevelt, Utah on January 16, 2021 at 11:00 a.m. with a viewing beginning at 10:00
Burial will be in the Altonah Cemetery following the service.

To order memorial trees or send flowers to the family in memory of Eleanor Inez Lyons, please visit our flower store.