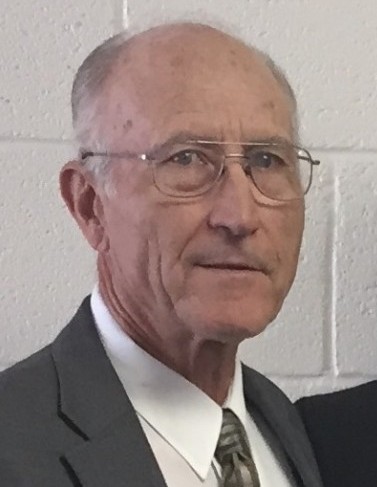 Earl V Allred, age 78, of Bennett, passed away at home on December 7, 2019 following a prolonged illness.
Earl was born on February 19, 1941 in Provo, Utah to Dee Vern Allred and Zola Mullins. He grew up and lived in the Roosevelt area all his life. He graduated from Union High School and earned degrees from Brigham Young University and Utah State University.
Earl married Carma Stewart on July 17, 1963, and they have spent 55 wonderful years together. Earl worked for Uintah School District as a teacher, administrator and assistant superintendent. He was also a rancher and enjoyed working with cattle, horses, and buffalo. He and his father produced rodeos in several western states. Earl loved the mountains and being outdoors, fishing and camping, riding horses and flying his airplane.
Earl was an active member of the Church of Jesus Christ of Latter-Day Saints. He loved serving in the Church and had most recently served as the Roosevelt East Stake patriarch. As a young man he served a mission in the Great Lakes Mission. Later, he and his wife, Carma, went on a mission to Samoa, working with the Church Education System in the islands.
Earl and his family share many great memories of working, playing, and learning together. He is survived by his wife, Carma; five children, Leann (Scott) Swain, Carla (David) Richens, Vern (Kristen) Allred, Lisa (Bobby) Drake, and Lara (Ryan) Grunig; 26 grandchildren; 5 great-grandchildren; sisters, Deanne (Clark) Miller, and Shirley (Phil) Rowley.
He was preceded in death by his parents.
Funeral services will be held Saturday, December 14 at 11:00 a.m. in the Roosevelt East Stake Center. A viewing will be held prior to the services beginning at 9:00 a.m.
Burial in the Roosevelt Memorial Park.

To order memorial trees or send flowers to the family in memory of Earl V Allred, please visit our flower store.