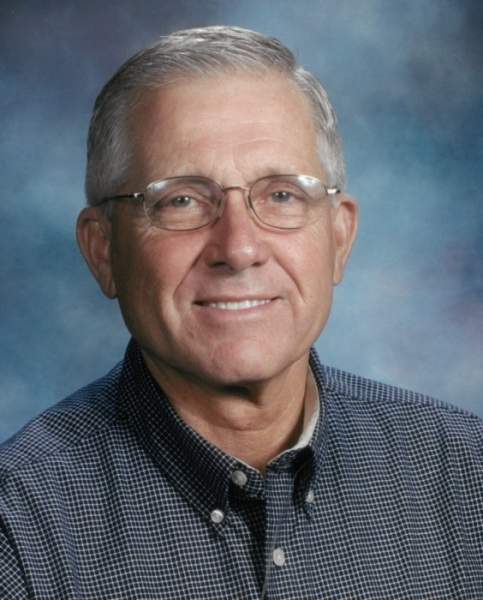 Doyle E Wilkins, age 74, of Roosevelt, passed away Sunday, October 7, 2018, at his home surrounded by family after a short battle with cancer.
He was born January 15, 1944, in Roosevelt, to Farrell Elroy “Butch” and Nelda Bigelow Wilkins. He married his high school sweetheart, the love of his life, Shirley Anne Stoddard on August 14, 1963, in the Salt Lake LDS Temple. They were married for 51 years and were inseparable until her death on February 12, 2015.
Doyle had worked as a special education teacher at Thompson School and West Jr. High where his students loved him. He owned and operated Doyle’s Electric for many years where he sold electrical supplies, musical instruments, accessories and a vast array of albums. He was also a photographer, the creator of “Grandpa Doyle’s” Candles and Lotions, and a DJ for KNEU radio. He loved to hunt, fish, and be with family. He loved to cook, BBQ, and made the best bread. He also grew most of the ingredients in his delicious salsa that everyone loved. He really enjoyed singing and was a songwriter, writing many of his songs after Shirley’s death. He was an active member of the Church of Jesus Christ of Latter-day Saints and had various callings.
Doyle had a great sense of humor and was always joking around – even right up to the end. He was generous to a fault, and loved his kids and grandkids with his most famous quote, “I love you 40!”
He is survived by his children, Teri (Jerry) Kulland; Cheryl (Robert) Howell, all of Roosevelt; Darren (Margarita) Wilkins, South Jordan; Debra (Pat) Sullivan, Saratoga Springs; Ryan (Heather) Wilkins, Vernal; Kelly (Chrystel) Wilkins, Roosevelt; 21 grandchildren, 13 great-grandchildren; a sister, Lynn Robbins, and a brother, Brent (Julie) Wilkins, both of Cedar City.
He was preceded in death by his precious wife, Shirley; his parents, Butch and Nelda Wilkins, and his brother Ladd Wilkins.
Funeral services will be held on Saturday, October 13, 2018, at 11:00 a.m. at the Roosevelt 4th Ward Chapel of the Church of Jesus Christ of Latter-day Saints with a viewing prior from 10- 10:45 a.m. There will be a viewing on Friday from 6-8 p.m. at the Hullinger Mortuary.
Burial will be in the Roosevelt Memorial Park

To order memorial trees or send flowers to the family in memory of Doyle E Wilkins, please visit our flower store.