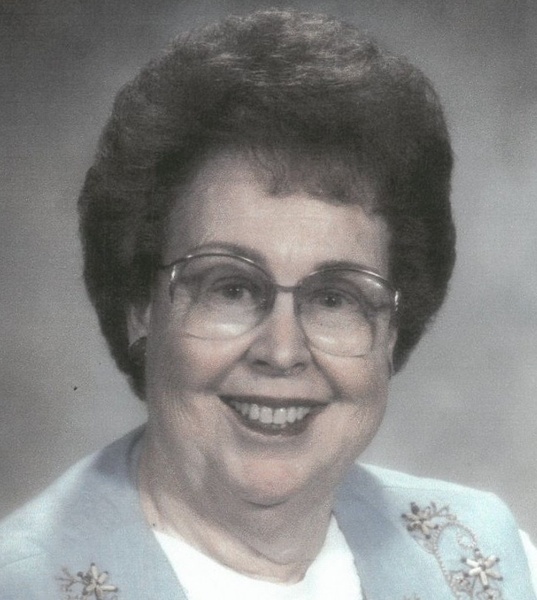 Funeral service will be live-streamed HERE.

Dorothy Maurine Meacham, age 88, of Roosevelt, passed away May 24, 2022, at the Uintah Basin Sr. Villa.
She was born March 8, 1934, in Elsinore, Utah, to Lloyd Therus and Maurine Anderson Muir. When she was very young, her father Lloyd died, and she was raised by her step-father Elbert Pitts. She married Dwayne A. Meacham on February 14, 1953, in Marysvale, Utah. They were sealed in the Salt Lake Temple on December 1, 1990. He died on December 9, 1993 .
Dorothy grew up Marysvale.  She was the first female Student Body President and the first year book editor for Marysvale High School.  She married Dwayne, there, and they lived in that area for a few years.  They moved to Tuba City, Arizona where they lived for 10 years.  She worked in the Trading Post in Tuba City, selling Native American arts and crafts.  She was also a bank teller and teacher's aide.  The family moved to Duchesne in 1974. She and Dwayne owned and operated a couple of restaurants in Duchesne, the Western Spur and then Frostop.  Dwayne and Dorothy moved to Heber and that is when she started her career as a real estate agent and continued in that field for many years.  She truly had many talents.
Dorothy loved doing things with her children and family, especially getting together for special occasions and holidays. She was a super fan and groupie of Engelbert Humperdinck - attending at least sixteen of his concerts and, often, when she went, she took something to give him! She then moved on to Alan Jackson. She was an avid Jazz fan and loved her Jazz.
She had a testimony of the Gospel of Jesus Christ and was an active member of the Church of Jesus Christ of Latter-day Saints. She had served as an ordinance worker in the Vernal Temple for a time. She had a fun sense of humor and she was a spit fire.
Dorothy is survived by her children, Lloyd (Tammy) Meacham, Independence; Jane Gurr, Roosevelt; 15 grandchildren; 40 great-grandchildren; and 3 great-great grandchildren on the way.
She was preceded in death by her husband, Dwayne; children, Randy Meacham, Brenda Williams; parents, Lloyd & Maurine; second father, Elbert Pitts; siblings, Beth Flores, Glenys Lee; and a son-in-law, George Gurr.
Her family dearly loved her and she will be missed.  She was the foundation to a large family and extended family.  Donations to help with any funeral expenses and headstone is appreciated or just take your family to dinner in her honor.
Funeral services will be held on Wednesday, June 1, 2022, at 12:00 noon at the Roosevelt East Stake Center. There will be a viewing on Tuesday from 6-7 p.m. at the Hullinger Mortuary and from 11-11:45 a.m. Wednesday at the church.
Burial will be in the Roosevelt Memorial Park.

To order memorial trees or send flowers to the family in memory of Dorothy M. Meacham, please visit our flower store.