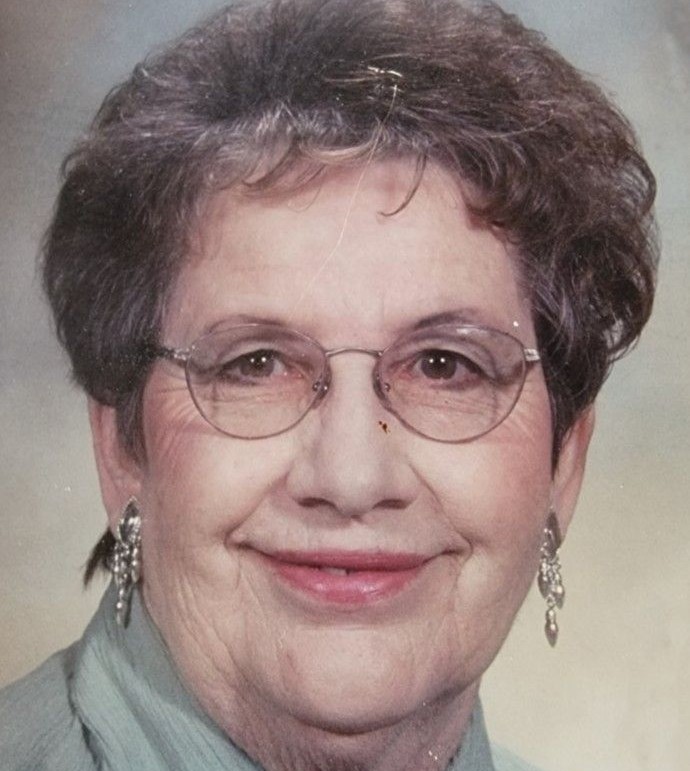 Dorothy Golightly Evans, formerly of Duchesne, Utah, passed away suddenly on August 20, 2021, at the age of 84 years old, in Roosevelt, Utah, at the Uintah Basin Senior Villa.
She was born on November 16, 1936, in Preston, Idaho, to Donald Dally Golightly and Nona Chadwick. She was the first daughter and second child of 13 children born to her mom and dad. Dorothy grew up in Preston and Whitney, Idaho.
Dorothy suffered for years with Fibromyalgia and then Multiple Sclerosis (MS). Dorothy worked in several jobs over the years, a clerk at Stan’s Market, selling Veloy’s clothing, and Avon. She excelled in all that she did in her work receiving numerous awards as an Avon sales consultant.
Dorothy was a member of the Church of Jesus Christ of Latter-day Saints and served in many callings over the years. Dorothy married Emmett C. Evans on July 20, 1956, in the Logan Utah Temple. Dorothy and Emmett had four children, 15 grandchildren, 42 great-grandchildren, and 4 great-great-grandchildren. Dorothy and Emmett lived in Salt Lake City, Utah; Preston, Idaho; Fruita, Colorado; Mountain View, Wyoming; Yuma, Arizona; and Duchesne, Utah during her life.
Dorothy is survived by her children, SherraLee (Ken) Garza – Ocean Shores, Washington; Jeffrey (JoAnn) Evans – Duchesne, Utah; Stacey (Kent) Ogletree – San Juan Del Sur, Nicaragua; and Jodie Sue (Carl) Reilley – Duchesne, Utah; her brothers Marvin, Eldon, Boyd, Craig, and Kimber Golightly; sisters, Karen Shurtleff, Linda Simonson, LuAnn Weeks, Shirley Morse, and Donna Nye.
Dorothy was preceded in death by her husband Emmett, parents, Donald and Nona Golightly, and one brother, Duane Golightly.
The family of Dorothy would like to thank the current and past staff at the Uintah Basin Senior Villa for the care and support that was given Dorothy and the family over the many years that she lived there.
Funeral services will be held at 12:00 noon on Tuesday, August 31, 2021, at the Duchesne 3rd Ward Chapel of the Church of Jesus Christ of Latter-day Saints, 150 South 300 East, Duchesne, Utah. A viewing will be held prior to the services from 10:00 a.m. to 11:45 a.m.
Burial will be in the Duchesne City Cemetery.

To order memorial trees or send flowers to the family in memory of Dorothy Evans, please visit our flower store.