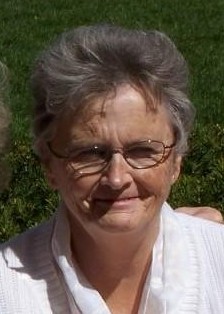 Donna Maxine Pilling Lance, age 80, of Roosevelt, passed away December 11, 2019, at her daughter’s home.
She was born December 4, 1939, in Pocatello, Idaho, to James Orville and Emma Inez Marsh Gamble.  She married Clarence Leon Pilling on September 27, 1957, in Tabiona.  He died December 24, 2012.  Sealed in the Vernal Temple February 4, 2014.
Donna loved children and spent her life raising six of  her own and then eighteen of her grand- and great-grandchildren.  She loved them all and would do anything for them.  She was also an excellent cook and baker and enjoyed attending her family reunions every year.  She was a major fan of John Wayne and all of his movies.  She was a member of the Church of Jesus Christ of Latter-day Saints and was active when she could be.
Donna is survived by her children, Inez (David) Emerson, Roosevelt; Donna Kay Rhodes, Salt Lake City; RaNona Moore, Provo; Cody Stoddard, Pocatello; Johnnie Marie Estrada, Bountiful; Misty Moore, Salt Lake City; Morgan Emerson, Roosevelt; 17 grandchildren; 40 great-grandchildren; 2 great-great-grandchildren; a sister, Janet Price, West Jordan; and numerous nieces and nephews.
She was preceded in death by her husband, Clarence; brothers, James, George, Benny, and her twin, Donald Max; sisters, Betty Thomas, Nona Black, Emma Ruth, Mildred Gamble, Marjorie Stoddard, Joann Gamble, and Vivian Newsome.
Funeral services will be held on Friday, December 13, 2019, at 11:00 a.m. at the Hullinger Mortuary, 457 East 300 North, with a viewing that morning from 9:30-10:45 a.m.
Burial will be in the Roosevelt Memorial Park.

To order memorial trees or send flowers to the family in memory of Donna Maxine Pilling Lance, please visit our flower store.