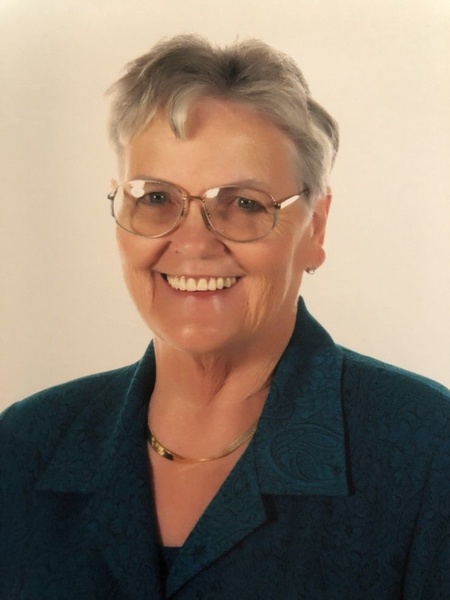 Donna Ruth Kendall Guinn, age 81, passed away on December 27, 2021, at Landmark Assisted Living in Vernal Utah.
She was born on September 29, 1940, in St Joseph, Missouri, to Raymond Luther and Opal Irene Grace Kendall. She was the youngest of three children with two older brothers, Odie and Si.
She lived in Missouri until she was 13 and then moved to California. With her first husband, she lived in California, Australia, and Utah, where she managed several small businesses they owned over the years. She was a hard worker and was always working at some sort of job, concluding her career at Zions Bank in Roosevelt, Utah. Donna spent her life in service to her family and others. She married Douglas Wayne Guinn on September 24, 1994, in Kingman Arizona and on August 5, 1995, they were sealed in the Las Vegas Nevada Temple of The Church of Jesus Christ of Latter-Day Saints.
Donna and Wayne served a mission in the Seoul, South Korea Temple and they loved the Korean people and serving the Lord. She loved teaching Primary children and did that for many years. She was a volunteer at the Uintah Basin Medical Center Pink Shop and the Uintah Basin Rehab and Senior Villa for close to 15 years. She and Wayne also served as foster parents for numerous years. She loved serving and giving to others. Donna and Wayne loved to travel and cruise ships became their vacation of choice in their later years.
She is survived by her husband, Wayne, children, Douglas Mezenen, Lucas, KY; Kimberly (Mike) Hyde, Roosevelt, UT; daughter-in-law, Sheila Mezenen; step-children, Barbara Alexander, Hesperia, CA; and Melinda Guinn, Pahrump, NV; sister-in-law, Sherrin Kendall, Farley, MO. Together she and Wayne have 19 grandchildren, 34 great-grandchildren, and 4 great-great-grandchildren.
She was preceded in death by her son, Michael Mezenen, daughter-in-law, Rebecca Mezenen, stepson, Douglas Guinn, granddaughter, Launa Boren, brothers, Odis Edgar Kendall and Silas Paul Kendall, and sister-in-law, Barbara Kendall.
Funeral services will held at 11:00 AM, on Tuesday, January 4, 2022, at the Roosevelt 2nd Ward Chapel of the Church of Jesus Christ of Latter-day Saints.
Viewings will be held on Monday evening from 6:00 - 7:30 PM at the Hullinger Mortuary and Tuesday morning from 10:00 - 10:45 AM prior to the services at the church.
Burial will be in the Roosevelt Memorial Park.

To order memorial trees or send flowers to the family in memory of Donna Ruth Guinn, please visit our flower store.