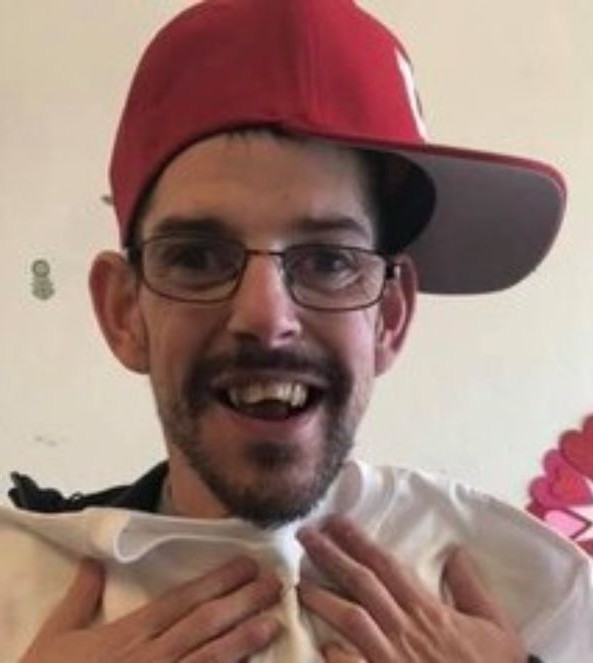 The funeral services will be live-streamed here.

Donald Lee “Bubba” Kimbel, Jr., age 39, of Vernal, passed away September 18, 2021, from complications of COVID.
He was born April 10,1982, in Vernal, to Donald Lee and Kimberly Wynn Kavanaugh Kimbel.
Bubba was a special spirit, the big brother figure in his family. He always made it a point to get to know you, spend time with you or have you doing something for him that he enjoyed. Bubba thoroughly loved vehicles. Whether it was to ride in your truck, turning the radio up or beeping the horn. Just ask him what’s under the hood and he’d either tell you, “Open it n see” or “the motor.”
Bubba had a way of conning you into his lovable sense of humor. He was fascinated with meeting new people, holding babies, dancing, bowling, doing his homework and protecting his little brother “Big D”.
In the spring of May 26, 2004, Bub graduated from Conamore High where he received his diploma. After graduating, he found himself working at his daily program with NES (North Eastern Services) where he had made life long friends, numerous creative art projects and unforgettable memories.
Bubba was undeniably the life of every party, family get together or event that he attended. He was the center of attention and loved every minute of it. Always telling a “knock, knock joke,” daring you to put up your fighting hands or trying to get you to chase him. It wouldn't be right to say he didn’t have a little bit of a salty attitude to go along with his smiling face, laughing, back rubs, bear hugs and handsome charm.
There isn’t a single word or gesture to sum up the remarkable person Bubba was. His entirety of who he was and what he lived for, will all be deeply and greatly missed.
Bubba is survived by his father, Donald Lee Kimbel, of Roosevelt; siblings, Kirby Shearwood, Roosevelt; Dustin Lance Kimbel, Vernal; Kody Gene (Kassidy) Kimbel, Roosevelt; Konner Dakota Kimbel, Vernal; Mandy (JD) Paulsen, Vernal; Roy (Jackie) Kimbel, New Mexico; grandmother, Tammy Kavanaugh, Vernal; nieces and nephews, Kason, Shaycee, and Kree Shearwood; Maddox Lee and Jaxx Lee Kimbel.
He was preceded in death by his mother, Kimberly; grandparents, “Poppy Pat”; Leonard and Betty Kimbel.
Funeral services will be held on Thursday, September 23, 2021, at 11:00 a.m. at the Roosevelt East Stake Center (600 E 600 N). There will be a viewing on Wednesday from 6-8 p.m. at the Hullinger Mortuary and on Thursday from 10-10:45 a.m. at the church.
Following the service will be cremation.

To order memorial trees or send flowers to the family in memory of Donald "Bubba" Kimbel, Jr., please visit our flower store.