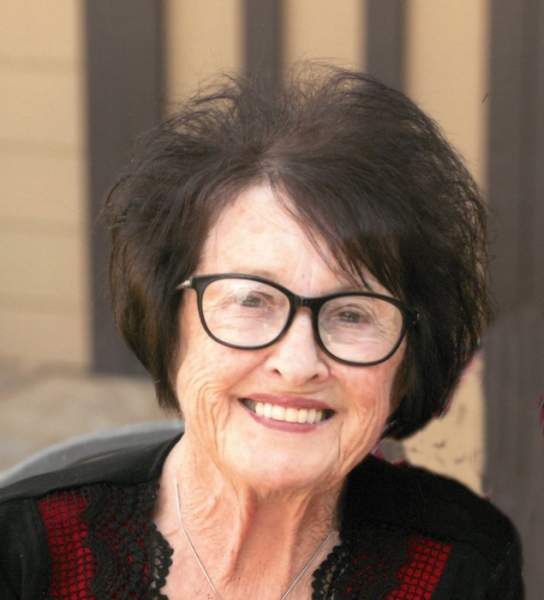 Our dear sweet wife, mother, and grandmother, Diane Christensen Buxton, age 84, passed away peacefully on Tuesday, August 27, 2019.
She was born on May 21, 1935 in Driggs, Idaho, to Irvin Eugene Christensen and Nola Christa Nelson.  She grew up in Alta, Wyoming in a beautiful place on the family's Teton Canyon Ranch.  Her early years were spent working and playing hard with her 6 brothers and sisters on the family farm.  She graduated as valedictorian  from Teton High School and went on to complete two years of education at Ricks College and BYU.
She married her sweetheart, Terry Mackley Buxton, on December 16, 1955 in the Idaho Falls Temple shortly after he returned from his mission.  After some years in Logan and Salt Lake City for college, she and Terry moved to Virginia, where Terry attended medical school at George Washington University.  Diane worked hard to help put him through medical school, working secretarial jobs at the Pentagon and for Senator Frank Church.  After his graduation, they moved to Salt Lake City while Terry completed a 1-year internship at LDS Hospital, after which they moved to Roosevelt, Utah in 1963 to begin a medical practice.
Diane managed the Roosevelt Medical Clinic for many years until the time of their retirement in 2000.  She also owned and operated the Sugar & Spice gift shop for several years and a salon with daughter Ginger.  She was a member of the Socialette Club, a lifetime member of the Altrus book club, and she and Terry were in a dinner group for many years.  She was also a member of the horse drill team, The Uintah Basin Riders, for several years.  She was a member of the Church of Jesus Christ of Latter-Day Saints and served in many callings over the years.  She was a talented pianist and accompanied the choir and several singers and singing groups. After their retirement, Diane and Terry served a medical mission in the Pacific Islands area.
Diane is known for her loving service and devotion to her family and loved her children and grandchildren dearly.  She was fun to be around and had a great sense of humor and an infectious laugh.  She had many great friends who she also loved.  She was dearly loved by her family and friends, and will be sorely missed.
Diane is survived by her loving husband of 63 years, Terry, of Roosevelt, children, Julie (Brent) Wilkins, Orem; Greg (Tracie) Buxton, Roosevelt; Ginger (Mike) Rust, Roosevelt; 14 grandchildren, 19 great-grandchildren; siblings, Wynn (Celia) Christensen, Yorba Linda, California; Joan (Earl) Hamblin, Tetonia, Idaho; Peggy (Ted) Miller, Rexburg, Idaho; Rex (Marie) Christensen, Alta, Wyoming; Renee (John Larry) Hunter, Alta, Wyoming; Burke (Marlis) Christensen, Rigby, Idaho; and numerous nieces and nephews.
She was preceded in death by her son, James Chris Buxton, her parents, Irvin & Nola; and her parents-in-law, Darrell Carson & Mary Ellen Buxton.
Funeral services will be held on Friday, August 30, 2019, at 11:00 a.m. at the Roosevelt 11th Ward Chapel of the Church of Jesus Christ, 250 West 200 North.  There will be a viewing on Thursday from 6-8 p.m. at the Hullinger Mortuary and from 9-10:30 a.m. Friday at the church.
Burial will be in the Roosevelt Memorial Park.

To order memorial trees or send flowers to the family in memory of Diane Buxton, please visit our flower store.