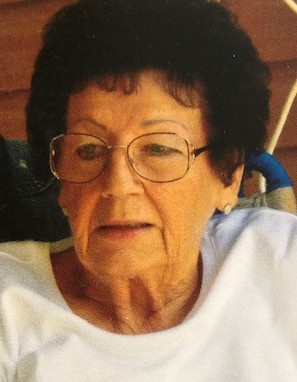 Diana Joy Winn, age 79, of Independence, passed away June 14, 2019, at the Uintah Basin Medical Center in Roosevelt.  She was surrounded by her family and was finally able to return to the arms of her loving husband.
She was born February 14, 1940, in Salt Lake City, to William Arthur and Nona Rolls Scott.  She married her high school sweetheart Charles Ira Winn on February 14, 1959, and their marriage was solemnized in the Salt Lake Temple of the Church of Jesus Christ of Latter-day Saints in November 1961.  He died July 17, 2012.
Diana worked at the Ute Tribe Headstart and at the Early Development Center at the former Roosevelt Vocational Center, two jobs that she truly loved because of her interaction with the children.   She really loved people and was always very kind.  She enjoyed sewing, quilting, and was a big advocate of food storage.  She was active in the Church of Jesus Christ and served in many callings.  She was greatly loved and will be dearly missed.
Diana is survived by her children, Cheryl (Mitchell) Wilde, Independence; Ronald (Shelley) Winn, Roosevelt; Darlene (Kelly) Mathews, Payson; Jeanette Winn, Arizona; son-in-law, Tim (Robyn) Trujillo, Roosevelt; 19 grandchildren, 19 great-grandchildren; siblings, Linda Potter, Whiterocks; Tom Scott, Fillmore; and her very best friend, Cleo Womack.
She was preceded in death by her husband, Charles; daughter, Lori Trujillo; parents; and siblings, Jim & Richard Scott.
Funeral services will be held on Wednesday, June 19, 2019, at 11:00 a.m. at the Ballard Chapel.  There will be viewings on Tuesday from 6-8 p.m. at the Hullinger Mortuary and from 10-10:45 a.m. Wednesday at the church.
Burial will be in the Roosevelt Memorial Park.

To order memorial trees or send flowers to the family in memory of Diana Joy Winn, please visit our flower store.