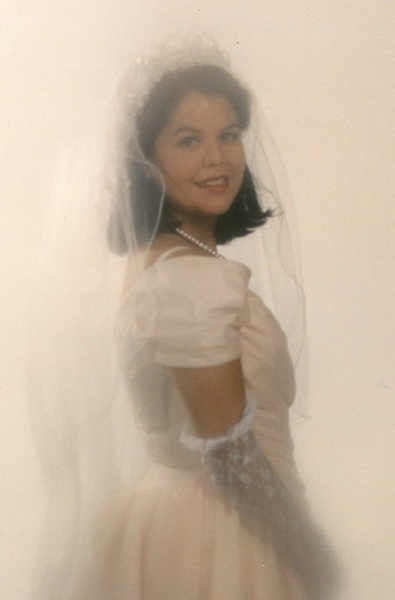 Dawn Helm Duncan, age 55, of Whiterocks, passed away January 5, 2019, at home from kidney failure.
She was born December 31, 1963, in Roosevelt, to Clifford Helm and Lupe Marie Duncan.  She graduated from Rowland Hall, a private Episcopal high school in Salt Lake City, where she excelled at math and writing.
Dawn worked for many years as an executive secretary for the Ute Tribe Water Settlement.  She really enjoyed baking and was an excellent cook.  She had a fondness for Pepsi, watching movies, and shopping – something she would pass up almost anything to do.  She cared about everyone, making sure they were well fed and had a place to stay, and would often share what she had if needed.  She was a member of the Episcopal Church.
She loved her children, granddaughters, nieces, and nephews very much!
Dawn is survived by her daughter, Sarah Jane Duncan, Roosevelt; son, Austin Ellis, Salt Lake City; granddaughters, Cliftene Clara Duncan, Eve Manzanares; siblings, Lena Duncan, Whiterocks; Baldwin Duncan, Whiterocks; Rena (Serenus) Kanip, Neola; and numerous nieces, nephews, aunts, and uncles.
She was preceded in death by a sister, Cliftene Duncan; parents, Clifford & Lupe; and her granddaughter, Gabrielle Manzanares.
Funeral services will be held on Wednesday, January 9, 2019, at 10:00 a.m. at the St. Elizabeth’s Episcopal Church in Whiterocks.  There will be a wake after 4:00 p.m. on Tuesday at the Whiterocks Community Building.
Burial will be in the Red Knoll Cemetery.

To order memorial trees or send flowers to the family in memory of Dawn Helm Duncan, please visit our flower store.