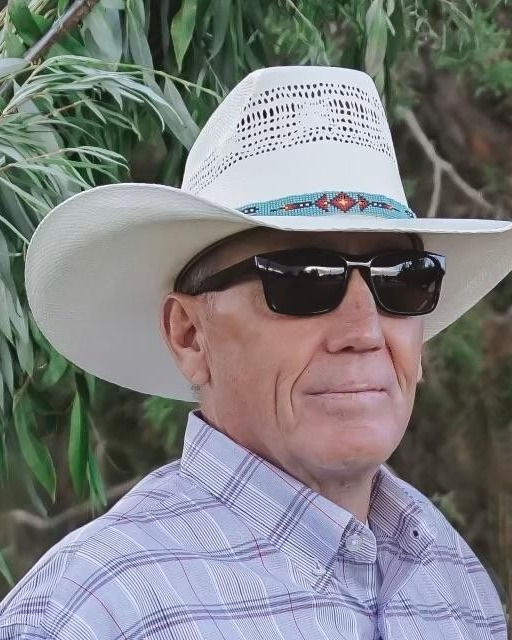 Our favorite cowboy, David Wayne Jensen, 61, passed away unexpectedly at home on Thursday, January 19, 2023. Wayne was the solid foundation and binding thread of love that held his close family and friends together. His legacy of strength, endurance, ambition, intelligence, and undying love and concern for others will live on through the people that learned by his example.
Wayne was born in Roosevelt Utah, January 9, 1962 to Bruce and Irene Jensen. They later moved to Holladay Utah where he graduated from Skyline High School in 1980. He competed in wrestling, and was a member of the Bingham High School Rodeo Club where he competed and won many Finals championships. While attending Weber State University, he was a professional Bull rider in the PRCA and went on to win the RMRA championship in 1983, 1984, and 1987.
Wayne loved his Savior and had an unwavering testimony of Jesus Christ. He was an active member of The Church of Jesus Christ of Latter Day Saints and held many church positions. Wayne and Barbara were sealed for time and all eternity on April 7, 2018.
Wayne loved hunting, fishing, camping, spending lots of time with his family, and taking extended trips on horseback, into the Uinta Mountains. He was a faithful and die-hard Utah Jazz fan. Wayne had a passion and respect for the Ute Tribe. As the Bison manager for 3 years, he was honored and thrilled to be invited to the Bison roundup.
Wayne was an accomplished and respected business owner for 30 years and an active member of his community in Lapoint and Sandy, Utah.
Wayne was very generous with his time and resources, and always sought ways to be of service to anyone in need. He has a deep love and instant bond with people. He loved his grandkids and often greeted them with bubblegum in hand.
Wayne is survived by his loving wife, Barbara Jensen, sons, Cody Jensen (Michelle), Trayvin Jensen, Michael Hughes (Sierra), John Hughes, Qwe’Vonne Smith, Grey Jensen; daughters, Lacey Morse (Dusty), Jessie Jensen, Karen Hughes , Kassie Gale (Brenan), Lauren Reynolds (Matthew), mother, Irene Schuening, step-father, Robert Schuening; brothers, Robert “Bert” Jensen, KB Jensen (Chelsie), Jerome Jensen (Michelle); sisters, Erma Rainey (Roger), Jennette Glover (Tony), Kristie Smith, past wives, Denalle Jensen and Lorna Christensen, 24 grandchildren who lovingly call him “BOSS”, and countless aunts, uncles, cousins, nieces, nephews, and friends who feel like family.
Wayne is preceded in death by his father, Bruce Jensen, paternal grandparents, Erma and Edward (Ted) Jensen, maternal grandparents, Andrew and Ruby Hancock, nephews, CJ and David Glover, and nieces, Maleah and Annaka Glover.
Wayne was a devoted husband and father and will be remembered for his playful nature and heart of gold. We love you, “Boss”!
Welcome to Heaven Cowboy, your entry fees are paid.
Funeral Service will be held at the Lapoint Ward Building at 6877 No 10600 East Lapoint, UT on Saturday, January 28 at 10:00 am. A viewing will be held at the church from 9:00 - 9:45.
There will be a graveside gathering immediately after at the Lapoint Cemetery.

To order memorial trees or send flowers to the family in memory of Wayne Jensen, please visit our flower store.