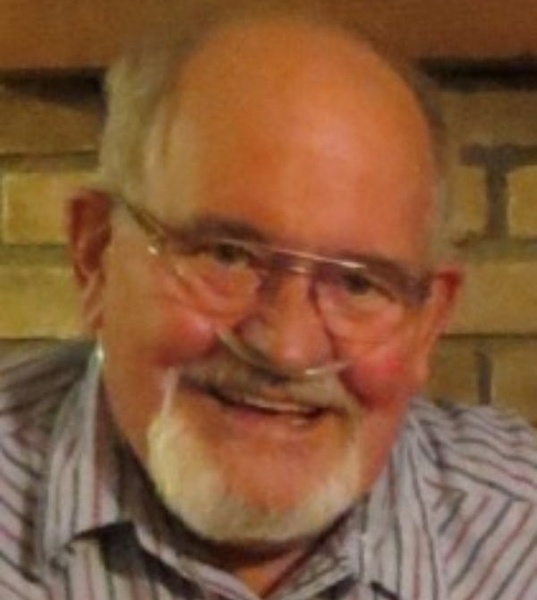 In the early afternoon of Friday, September 24, 2021, David Albert Truman, age 72, peacefully returned to his heavenly home.
David was born December 17, 1948, to Donald Albert and Fay Washburn Truman in Pocatello, Idaho. The family moved to Roosevelt, UT in 1952, when David was still very young, and Roosevelt proved to be an ideal fit for David’s energetic and inquisitive personality.
David was the first of eight Truman children to be born and is survived by all of his siblings: Lynn (Carlinda Hackford, deceased); Juliene (Wade Parrish), Richmond, UT; Sandra (Kevin Ashby), Vernal, UT; Deon (Robert Page) Orem, UT; Winona (Bob Alexander) Montwell, UT; Clayton (Penny Green) Pleasant Grove, UT; and Barbara (Allen Alldredge) Orem, UT.
His children include Shanan Smiley, Kessley Truman (Tim), and Brielle Gurr, from his first wife Julie Woodruff. They were married on November 20, 1973. David is currently married to Joyce Betts Truman and her children became his bonus children: David W. & Nikki Frisby, Sharman Caputo, and Johanna & Evan Bookbinder. Grandchildren include Mason Smiley, Zavian & Averix Truman, Stephanie Caputo, Bevin & Quinn Frisby and Kira & Maya Bookbinder. David’s first great-grandson is due at time of this posting.
Early memories have David and Lynn spending a lot of time together on “R” hill with their bb-guns. Many times, they used each other as targets. David was always fascinated with horses and when his uncle Quinn let the Truman’s take care of his two horses for a few years, David was in seventh heaven riding and roping. And since there were two horses, David got to ride quite a bit with his dad. His love of horses also allowed him to spend time in the High Uinta mountains camping and fishing and hunting.
Another attribute of David’s was that of loving to sit with the “older” generation when he was a kid to listen to their cowboy talk and stories. He was enthralled with the stories of earlier years and many times stated that he felt cheated because he was born in the wrong century.
David was active in and excelled in high school sports. He went on to attend Dixie State college where he had a football scholarship. After one year in college David went on a mission for the Church of Jesus Christ of Latter-day Saints to the North Central States mission. He then finished another year at Dixie.
Jobs included “cowboying” for Johnny Fausset, surveying for the State of Utah on the Strawberry Road, and the Ogden City police department. While driving a motorcycle for the police department David was involved in an on-duty accident. He was hospitalized for three months, refusing to let the doctors take his leg. He worked very hard, getting to a point where they were able to save the leg. This accident changed the course of his life as well as limited some of his ability to do what he loved - horses.
His next job included truck driving and dispatching which took him to several different western states before he ended up buying a horse ranch in Missoula, Montana. While there David attended the Veterinary school in Colorado Springs to become certified for stallion semen collection and A.I. He loved his horse business more than anything. As part of the horse ranch David and his wife Linda opened their home for an assisted living facility.
At this time David’s leg was bothering him so much he had no choice but to have the leg amputated. During this time doctors also determined that David had had a heart attack and needed open heart bypass surgery as well.
David did recover but ended up selling his ranch and retiring which allowed him time to get active once again in the Church of Jesus Christ where he served as Elders Quorum instructor. David married Joyce Betts in Winslow, AZ on March 22, 2016, and then they were sealed for time and all eternity in the Rexburg LDS temple on December 3, 2019. They treasured their time together, short as it has been. Joyce was, is, and always will be his ”bride”.
Memorial services are planned for 11:00 a.m., Friday, October 15. 2021 in the Roosevelt LDS Stake Center at 447 E. Lagoon Street, Roosevelt, Utah. A visitation for friends and family will be held at the Stake Center one hour prior to services.
David will be interred in the Roosevelt Memorial Park. After the interment, a compassionate service luncheon will be provided by the Truman and Betts families who are in the Basin.

To order memorial trees or send flowers to the family in memory of David Albert Truman, please visit our flower store.