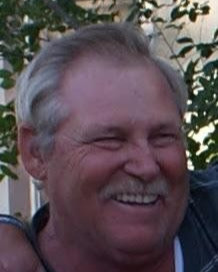 Our beloved husband, father, grandpa, and brother David “Dave” Ray Moore, age 62, of Roosevelt, passed away November 2, 2022, at Utah Valley Hospital with his family by his side.
Dave was born in Bakersfield, CA to Orval and Imogene Moore, on February 25, 1960. Growing up he lived in several places including California, Idaho, and Arizona before finally making Utah a permanent home.
He married Cindy Summarell, the love of his life, on September 28, 2002, and they were later sealed in the Vernal, Utah temple on September 28, 2010. Cindy brought out the better side of Dave and together they shared 20 short years of marriage.
Dave had a variety of jobs including logging, running a scrap metal yard with his brothers, running a couple of pawn shops, driving truck for the oilfield, and customer service.  He met and made friends with several people throughout his lifetime, you couldn’t go into any store with him and not run into someone he knew. Dave would never hesitate to help anyone that asked, even if he couldn’t solve the problem, he would find someone that could.
Dave and Cindy loved to travel, taking several trips up and down the coast of California. He loved the outdoors and all that came with it. Hunting and fishing were his favorite hobbies until it became too difficult, though he still went and gave it his all. Being outdoors with family was his favorite pastime and would go camping any chance he got. He enjoyed bowling and was on a league for several years and he also enjoyed golfing with friends. He found a love for Christmas and would always decorate their home inside and out to the max every year. Dave found joy in bringing Christmas cheer to the community and loved when people would stop by the house just to get a better look.
His kids and grandkids were his greatest accomplishment, and he never missed an opportunity to spend time with them. Dave loved to tease his grandkids and would do so every chance he got. He attended their sporting events, band concerts, and other activities as often as he could.
Dave is survived by his wife, Cindy Moore, children, Samantha (Cody) Young, Zachary (Maddie) Moore, Jessica (Jeremy) Silcox, Benny Romero, Debra (Travis) Baum and numerous grand and great grandchildren. His siblings, John (Bernadette) Moore, Ronnie Moore, Donald (Terry) Moore, James Moore, Terry (Cheri) Moore and his mother-in-law, JoeAnn Summarell.
He was preceded in death by his parents, a daughter, Tamara Moore, a son Andrew “Andy” Romero, and his siblings, Donna Smalley, Dale Moore, Jr. and father-in-law, Ray Summarell.
Funeral services will be held Monday November 14, 2022, at 11:00 AM at the Hullinger Mortuary. A viewing will be held that morning from 9:30 – 10:45 AM. Burial in the Roosevelt Memorial Park.

To order memorial trees or send flowers to the family in memory of David Ray Moore, please visit our flower store.