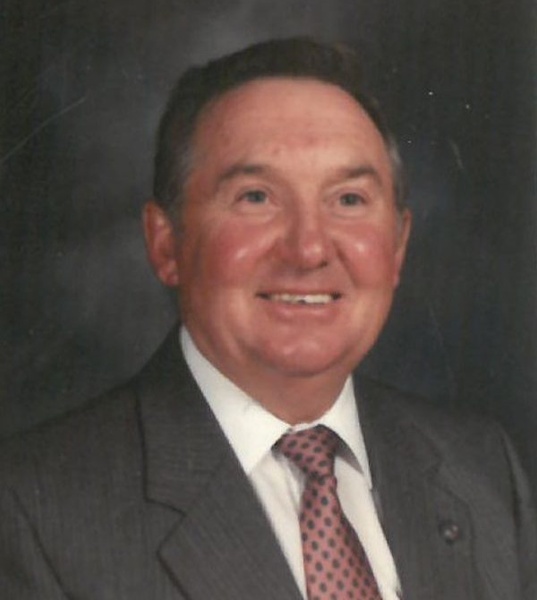 Dallas Murray, age 86, passed away peacefully on January 22, 2022, at home on the Ranch in Myton, Utah where he enjoyed much of his life.
He was born January 26, 1935, in Lapoint, Utah. Dallas always had a special place in his heart for Lapoint and Whiterocks, where he was raised, as well as Farm Creek Mountain where he herded sheep as a young man. During his college years he attended Ohio State University where he met and married Martha on October 28, 1955, in Columbus, Ohio. Dallas graduated with a bachelor's degree in Animal Husbandry and then a master’s degree in Education from Utah State University. Spending over 30 years in education, both teaching in the classroom as well as administration, Dallas was very invested in education both for teachers and students. Additionally, he served in a leadership role with the Utah Education Association for many years trying to secure additional funding for teachers and Utah’s Schools. Dallas was a man committed to his community.
Dallas was known for his strong commitment to family and anytime there was a
family reunion or extended family gatherings he would be sure to attend to see his many cousins. He was something of a patriarch and would share family stories with both his close and distant relatives. He was proud of his family roots and heritage in the Uintah Basin. He was also especially fond of the West Fork River, where he spent time fishing with his father, cousins, children, and grandkids.
Dallas had a great passion for his farm and livestock and took great pride in his sheep, especially in their premier wool, which he spent 50 years breeding and perfecting. He took great pride when it was time to sell his livestock; Dallas would drive them to Fort Collins, CO and watch them sell at auction, and those in attendance would always recognize him for having such good-looking animals and that was one of his greatest prides! Dallas also started raising goats when he took his then five-year-old grandson to the auction who talked him into buying a nanny goat. Typical to his nature he became determined to learn to raise goats and raise them to the best of his ability.
Dallas loved to cook and barbecue, he would cater school events, company parties, and family reunions. He was well known for his sourdough biscuits and fried scones, which he would always make for dinners; a passion that he learned from his youth at sheep camp.
Known for his hard work, belief in his faith, love of family, and generously giving to others through his commitment to the community. In his later years, Dallas spent much of his time at home with his wife, Martha, where they spent much of their time caring for one another. Dallas will be remembered by all who knew him as an accomplished rancher, loving caretaker, and committed member of the community.
He is survived by his spouse Martha Jack Murray, his children Tami (Greg) Davidson, Cliff (Cathy) Murray, Bill (Kari) Murray, and Jeff (Erin) Murray, as well as numerous grandchildren and great grandchildren.
Preceded in death by parents Ruth Nyberg and Clarence J. Murray, as well as brother C. Jay Murray.
Funeral services will be held on Saturday, January 29, 2022 at 11:00 a.m. at the Myton Chapel. A viewing will be held that morning from 10:00 - 10:45 a.m.
Burial in the Roosevelt Memorial Park.

To order memorial trees or send flowers to the family in memory of Dallas Murray, please visit our flower store.