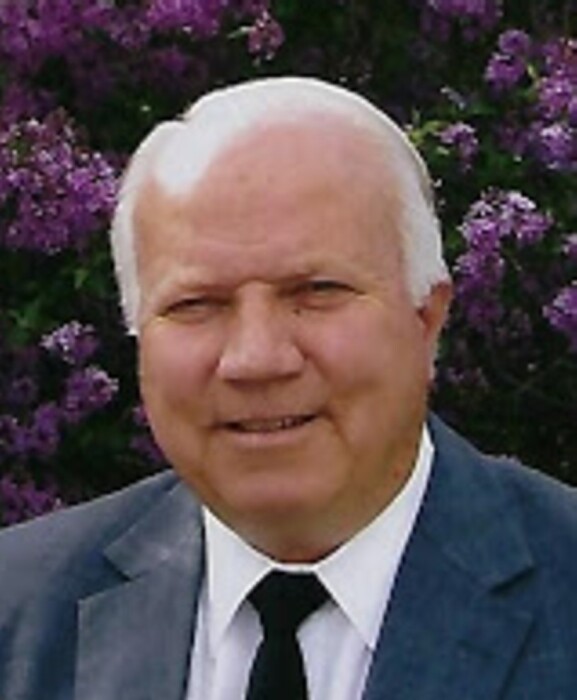 On the morning of Wednesday, August 19, 2020, Dale Anson Van Leuven, age 82, of Lapoint, was suddenly taken home to his Heavenly Father. He was greeted by his father, mother, brothers, sister, and many other family members. Dale being the last to complete the family unit.
Dale was born on March 14, 1938, in Takoma Park, Maryland. He was the second child of Cornelius Ray Van Leuven Sr. and Vera Johnson. In 1947, the family moved back to Springville, Utah to be closer to family while his father struggled with his health. Shortly after the move, his father passed away. This experience left an impressionable mark that Dale would carry for the rest of his life. Once again the family moved to Vernal to be closer to his mother’s family. It was in Vernal that Dale spent the rest of his youth.
Dale served two years in the Utah National Guard and then enlisted in the Air Force for four years. While stationed in France, he served in a branch presidency and as a district missionary.
One month after being discharged from the Air Force, Dale met his sweetheart, Shirleen Perry. They were sealed in the Salt Lake Utah Temple on July 10, 1964. Dale and Shirleen raised a family of three boys and three girls, with two stillborn children in heaven. After finishing a degree in Elementary Education at BYU, they settled in Lapoint, Utah, and have lived there for 50 years. He taught for 30 years and retired in 1999. Dale has served faithfully in many callings, some of which were: ward clerk, in many bishoprics, Seventy, and High Council member. He was finishing a 10 year mission with his wife at the Roosevelt Home Storage Center at the time of his death.
Dale is a kind, compassionate, faithful disciple of Jesus Christ. He ministered all of his days to family members, friends, and many others.
Dale is survived by his wife, Shirleen, their six children, Dale Ray, Lapoint; Trent (Alaina), Vernal; David (Richelle), Vernal; Maria (Blake Christensen), Springville; Michelle, Vernal; Rayma (Shaun Monteer), Eagle Mountain; 25 grandchildren, and 15 great-grandchildren, with two on the way.
He is preceded in death by two of his children, Anson and Rebecca; his father, Cornelius Ray; his mother, Vera Johnson, his brothers, Cornelius Ray, Jr. and Kent J.; and his sister, Myrna.
Funeral services will be held on Monday, August 24, 2020, at 11:00 AM at the Lapoint Chapel of the Church of Jesus Christ of Latter-day Saints.
A viewing will be held from 9:30 - 10:45 prior to the services.
Burial in the Lapoint Cemetery with military honors presented by the Utah National Guard, the Vernal American Legion, and the Patriot Guard Riders.

To order memorial trees or send flowers to the family in memory of Dale Anson Van Leuven, please visit our flower store.