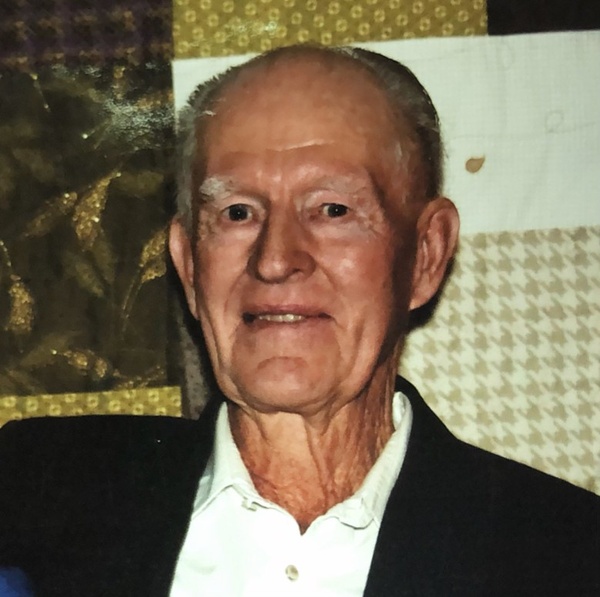 Owen Dale Anderson, age 87, of Randlett, passed away June 13, 2022, at the Landmark in Vernal.
Dale was born October 4, 1934, in Salt Lake City to Oluf Delbert and Virginia Beatie Anderson.  He married Glenna Marzetta Ross on September 2, 1952, in the Salt Lake Temple.  Glenna passed away May 19, 2020, leaving a great void after over 67 years of being Dale’s side-by-side companion.
Dale was a farmer and rancher throughout his life. He loved working with horses, cattle and on the land. After selling their farm in Montwell/Cedarview, and a short stint farming in Idaho, he became the manager of a dairy farm in Las Vegas, Nevada for the Church of Jesus Christ of Latter-day Saints. While there, under the tutelage of BYU professors, he expanded his skills in cattle husbandry. After four years in Las Vegas, Dale and his family returned to the Vernal area where they purchased a ranch, and then to Randlett where they purchased additional farmland. His life-long passion for his livelihood was awarded as a Legacy Cattleman, and he was featured on the cover of the Utah Farmer-Stockman for his achievements in agronomy.
Dale loved children and served as the PTA President at the Neola Elementary. He also served as a leader in 4-H equine youth programs and received the 4-H Leadership Award. He always enjoyed and had a lot of fun working with the kids in the clubs. He and Glenna opened their home to foster children, nieces and nephews, and cousins, always having a houseful of kids.
He was an active member of the Church of Jesus Christ of Latter-day Saints, and served in many callings through the years, including, Cub Master, Elders Quorum, High Counselor, and Branch President.  He loved the people he served with and those whom he served.
He is survived by his children, Orlan Dale (Donna) Anderson, Darren A. (LauraLee) Anderson, Dana Marie (Chance) Fillingim, Shellie Sue (Shane) Greaves, Andy R (Teresa) Anderson, Ritchie L (Jessica) Anderson; 21 grandchildren, 39 great-grandchildren, 1 great-great-grandchild; and brother Olie (Joyce) Anderson.
He is preceded in death by his parents, wife, Glenna Anderson, and sisters, Alice Heaton, Joyce Murdock, and great-great grandson, Colton Jay Rich.
Funeral services will be held on June 24, 2022, at 10:00 a.m. at the Hullinger Mortuary.  Viewing will be held on Thursday evening from 6:00 - 8:00 p.m. and Friday 1 hour prior to the service.
Burial will be in the Tridell Cemetery.

To order memorial trees or send flowers to the family in memory of Dale Anderson, please visit our flower store.