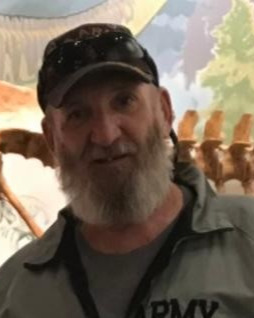 Curtis Ray Whipple, age 70, of Duchesne, passed away December 2, 2022, at his home.
He was born April 19, 1952, in Williamsport, Pennsylvania, to Tyson “Red” and
Julienne Marie Poelvoorde Whipple. Curtis was married to Shirley Carol Cline for 39 years and until she passed on March 15, 2016.
Curtis served in the US Marine Corps and with the United States Army as a part of the 82nd Airborne Divison. He and his family were very proud of his 24 years of service. He made many friends during his military carreer.
He was a gun and ammunition afficionado, amassing many throughout the years. He enjoyed spending most of his time with his family and friends. He also enjoyed fishing, hunting, vanilla milkshakes, rootbeer, and a good steak.
When he married Shirley, he gained a complete family and took over as their father, supporting and loving them from day one. He adored his grandchildren and great-grandchildren, spoiling them every chance he got.
Curtis is survived by his children, Charles (Lori ) Packard, of Salt Lake City; Dawn, Rose, of West Jordan; six grandchildren, 10 great-grandchildren; his mother, Julienne Whipple; a sister, Crystal (Mike) Flook, both of Williamsport, PA; nieces, nephews, and good friends, Rod Harrison and family, of Duchesne.
He was preceded in death by his wife, Shirley, and his father, “Red.”
A graveside service with military honors will be held on Saturday, December 10, 2022, at 2:00 p.m. at the Duchesne Cemetery.  A gathering for friends and family will be held at the Duchesne 1st and 3rd Ward Chapel at 3:00 p.m.

To order memorial trees or send flowers to the family in memory of Curtis Ray Whipple, please visit our flower store.