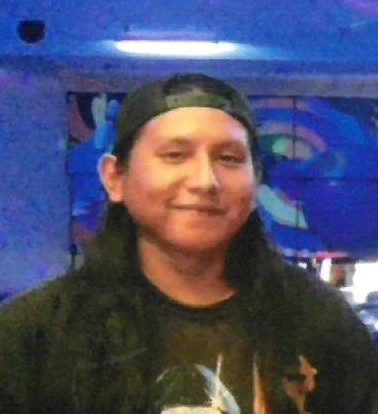 Corbin Kurt Pargeets, age 25, of Whiterocks, passed away at home surrounded by loving family on July 22, 2020.
He was born September 7, 1994, in Roosevelt, to Bruce Pargeets and Veranda Auld, and was raised by his grandmother, Nadine Auld
Corbin’s greatest love was skateboarding which he did as soon as he woke up until he went to bed. He taught himself to play the guitar, and, after skateboarding, was the second best thing he could do. He was an avid fan of the band, “Municipal Waste,” and he fashioned his riffs after them and other metal bands. With his late brother, Sidney, and a cousin, they formed a band called, “ABV,” and they could often be found practicing outdoors and sometimes played for birthday parties. He loved spending time with family and friends, bowling, swimming, listening to music, playing board games, and playing on-line video games. One of his other favorite things to do was travel to Salt Lake City, Oakland, Las Vegas, or Denver to see “Metallica,” “Municipal Waste,” “Cannibal Corpse,” and various other metal bands.
Corbin grew up shy, but became more outgoing as he entered skateboarding competitions. He traveled to the street league in Los Angeles and was planning on Las Vegas’s street league until it was cancelled due to COVID. While in Los Angeles, he met his idol, Chris Joslin, and other well-known skateboarders.
Corbin is survived by his grandmother, Nadine Auld; mother, Veranda Auld; father, Bruce Pargeets; sisters, Molly Auld (Tristen), Sundae Pargeets; grandmother, Anna J Pargeets; numerous aunts & uncles in Kansas, Montana, Arizona, California, and the Uintah & Ouray Reservation.
He was preceded in death by his older brother and constant companion, Sid; grandfathers, Adelbert Pargeets Sr., Edward Auld, and aunts and cousins.
Graveside services will be held on Tuesday, July 28, 2020 at 10:00 a.m. at the Red Knoll Cemetery.

To order memorial trees or send flowers to the family in memory of Corbin Kurt Pargeets, please visit our flower store.