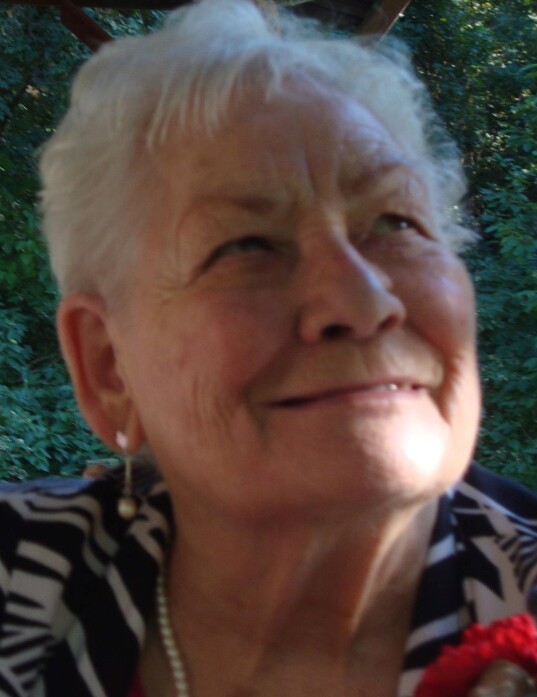 Mrs. Peatross's services will be live streamed and can be viewed here.

Cleo Bangerter Peatross passed away on Monday, May 3, 2021, in Provo, Utah, from the effects of old age. She was born 92 years ago on April 3, 1929, in Salt Lake County, UT, to Herman and Laura Bangerter, joining a family that eventually included 8 children.
As a teenager, she and her older sisters loved all things cowboy. They saved money to buy each a horse. They learned to harmonize and yodel together, and with Alice on the accordion and Cleo on the guitar and armed with a full repertoire of cowboy songs, they became popular entertainers throughout the Salt Lake Valley, playing for USO events, military hospitals, and ward socials.
This affinity for country western culture eventually led her to real cowboy country, the Uintah Basin, where she and her sister rode in rodeos the summer of 1947. One night following a rodeo in Altamont, they went to a dance in the Myton American Legion Hall. There she met a local boy, Bob Peatross, a truck driver, but a former cowboy. From that night on, they were a couple. Their love affair progressed naturally and smoothly, and they married on January 11, 1948.
They lived in Salt Lake where they had 5 children. In 1956, their marriage became an eternal union as they were sealed in the Salt Lake Temple. A year later, they moved to Duchesne where they had 5 more children.
Cleo raised her family with a gentle heart and gentle hands. The struggle was real for Cleo and Bob in civilizing their many children, keeping their brood clothed and fed, and holding back the house from the brink of disaster, but for the children, home was a place of lively conversation and good humor. It was a place of prayer and faith. It was a place of peace and security.
She loved to visit, but she never gossiped; she never criticized the relatives, the neighbors, the people at church. She was particularly generous toward people a generation older than she; several were her dearest friends. People were safe with her.
As a young woman, her hobbies were music and cowboy culture; as a mother with a houseful of children, her hobbies, whether she liked it or not, were cleaning, laundering, and cooking mountains of delicious and nutritious food out of the most basic of ingredients; as her children became grown, her hobbies were gardening, quilting, oil painting, and filling her house to the brim with her posterity; and over the past 4 years, with declining health, her hobby was lovingly interacting with the many caregivers of Legacy Assisted Living and Bristol Hospice. And singing cowboy songs and yodeling for them.
Cleo is survived by her brother, John Bangerter, her sister and brother-in-law, Laura and Buck Johnson, and her sisters-in-law, Elynor Romrell and Clair Bangerter.
She is also survived by 9 of her children and their spouses, Clint (Sherry), Bruce (Marsha), Mont (JoAnn), Linda Schow (Jim), Bill (Shirlyn), Kathy Marett (Jeff), Laurie Reynolds (Dave), Gini Rowley (Rodney), and Danny (Michelle). Her son, Dick, preceded her in death. She has 46 grandchildren, 2 of whom are deceased. Then there are the 103 great-grandchildren, 4 of whom are deceased, as well as 3 great-great-grandchildren, and the 37 spouses of those grandchildren. That’s a posterity of 208 whom she knew and loved and remembered. And those 208 knew and loved her. There were lots of graduations and weddings to honor with one of her quilts, not to mention lots of birthdays and Christmases for gifting a magazine subscription, or the latest kitchen gadget, or a can of gourmet salted nuts, or a toy, or if you were lucky, one of her oil paintings. Up until the last 4 years, she seldom forgot anyone’s special day. “You’ve had a birthday,” she’d say. “Run to the little bedroom, open the dresser drawers, and pick out a gift.”
Bob died 17 years ago, in 2004. She has missed him so. During her last 3 years, a constant thread throughout her conversations was how much she wanted to be with Bob and with Jesus. Her children have been struck by how applicable are the words of the Kathy Mattea song, Where’ve You Been? “Where’ve you been? I’ve looked for you forever and a day. Where’ve you been? I’m just not myself when you’re away.” They are finally reunited, and Cleo and Bob’s lives are now complete and full.
Funeral services will be Saturday, May 8, 2021, at 11:00 a.m. at the Duchesne First and Third Ward Building, 150 S 300 E, Duchesne, UT. The viewing will be that morning from 9:30 to 10:45.  The interment will be in the Duchesne Cemetery.

The services will be live streamed and can be viewed here or the link below.

To order memorial trees or send flowers to the family in memory of Cleo Peatross, please visit our flower store.