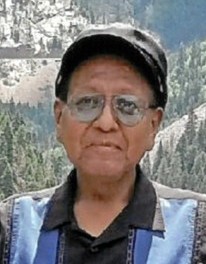 Clayton Roacher Sireech, age 57, of Lapoint, died August 10, 2018 at the Ashley Regional Medical Center in Vernal
He was born on January 1, 1961 in Roosevelt to Charles Roacher and Winnie Arrum Sireech.
Clayton was an excellent beadworker and often sold his creations.  He enjoyed traveling, gambling, handgame, fishing, camping, and partying.  He was a traditional dancer at Pow Wows and was also a Sundancer. .
Clayton is survived by his brother, Riletto (Lesa) Sireech, Ft. Duchesne; sister, Arlene (Reynolds) Reed, Mesquite, NV; and numerous nieces, nephews, cousins, aunts, and uncles.
He was preceded in death by his parents, Charles and Winnie; his brother, Abe, a sister, Charlissa; and half brothers and sisters, Angela Ioupe; Dale Ioupe, Bobbie Tuaalo, and Eleanor Kaufusi.
Funeral services will be held at 10:00 a.m., on Tuesday, August 14, 2018 at the Hullinger Mortuary.
Burial will be in the John Harmes Cemetery.

To order memorial trees or send flowers to the family in memory of Clayton Roacher Sireech, please visit our flower store.