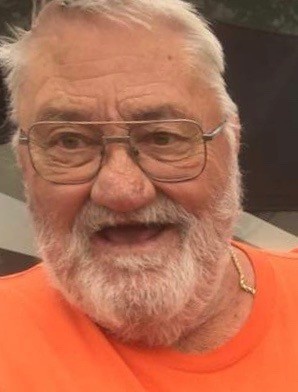 Clayton Hardy, age 76, of St. George and North Salt Lake, passed away peacefully at the Huntsman Cancer Institute on February 10, 2019.
He was born February 17, 1942 in Vernal, Utah to Elmo and Mary Jane Winward Hardy.
He married Dianne Blaine in 1960, they had 3 children, Tammy, Rene’e, and Glade, they later divorced. He then married Darlene Alyce Leyba in 1982.  She died May 5, 2016, and he missed her everyday.
Clayton owned and operated the Texaco gas station in Roosevelt for many years. He then went to work for Western Crude/Texaco in 1981 as a gauger until he retired. He traveled over a million miles.
Clayton loved visiting with people, he was a "master bull-shitter". He was an awesome "jokester" and had a sense of humor, that lasted until the end. He loved traveling and camping through the years, playing cards, and spending time with his family. He developed a great love for family as he got older. He had many beloved pets, through the years. He and Darlene traveled from coast to coast, which was one of his fondest memories after she passed.
He is survived by his children, Genie Leyba, Joni (Luis) Ortega, David (Jan) Leyba, Ric (Suzie) Leyba, Tammy Haslem, Thomas Leyba, Rene’e (Janet) Bolieau, Christopher Leyba, Glade (Carma) Hardy, a sister Violet Hancock, 36 grandchildren, 64 great grandchildren with 1 more on the way, 10 great-great grandchildren, with 2 more on the way and his beloved dog Molly.
He was preceded in death by his soulmate and wife, Darlene Hardy, sister, Loma Hardy Simper, children, Russell and Tiara Leyba.
The family would like to thank Pat and Stephen Keddington for the many years of friendship and love they gave our father. The University Hospital and the Huntsman Cancer Institute for their compassion and loving care.
Funeral services will be held Saturday, February 16, 2019 at 11:00 a.m. at the Larkin Sunset Mortuary, 1950 East Dimple dale Road (10600 South), In Sandy. Viewings will be on Friday evening from 6:00 - 8:00 p.m. at the Larkin Sunset Mortuary and Saturday from 10:00 - 10:45 a.m.
Interment in the Larkin Sunset Garden Park.

To order memorial trees or send flowers to the family in memory of Clayton Hardy, please visit our flower store.