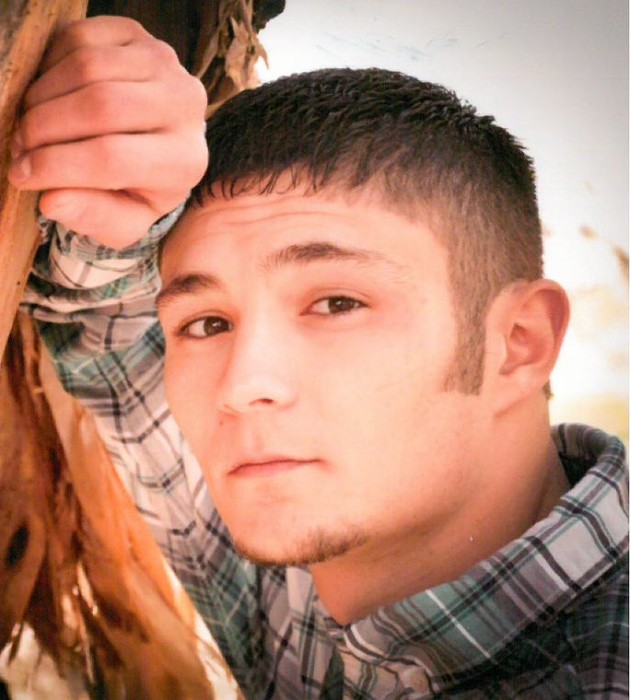 Christopher Rowley Bateman, age 22, of Mountain Home, passed away March 25, 2018, at his home.
He was born January 12, 1996, in Roosevelt, to Robert Glenn and Beverly Ann Stevenson Bateman.
Christopher worked as a roustabout for KB Insulation. He loved being in the outdoors.  Whether it was hunting, fishing, or riding horses,  he was happiest when he was outside.  He had a great sense of humor and was the comic relief of the family – he could imitate any character or voice, and really enjoyed teasing everyone.  He loved his nieces and nephews and they adored him.
Chris is survived by his mother, Ann, of Mountain Home; brothers and sisters, Cheyenne (Shanna) Bateman, Hannah; Brandon (Stephanie) Bateman, Talmage; Tara (Dalton) Peatross, Duchesne; Sheena (Christian) Wilkerson, Roosevelt; LaEna (Jason) Young, Altonah; Latoya Manning, Roxanne Manning, Victoria Manning, all of Roosevelt; Dale Bateman, Salt Lake City; grandparents, Wallace Stevenson, Mountain Home; Betty & Dean Rowley, Talmage; 17 nieces and nephews, and good friend, Marie Anderton.
He was preceded in death by his father, Bob; grandparents, Glenn & Mary Bateman; Beverly Stevenson; and an infant brother, Brent.
Graveside services for family and close friends will be held on Thursday, March 29, 2018, at 11:00 a.m. at the Talmage Cemetery.

To order memorial trees or send flowers to the family in memory of Christopher Rowley Bateman, please visit our flower store.