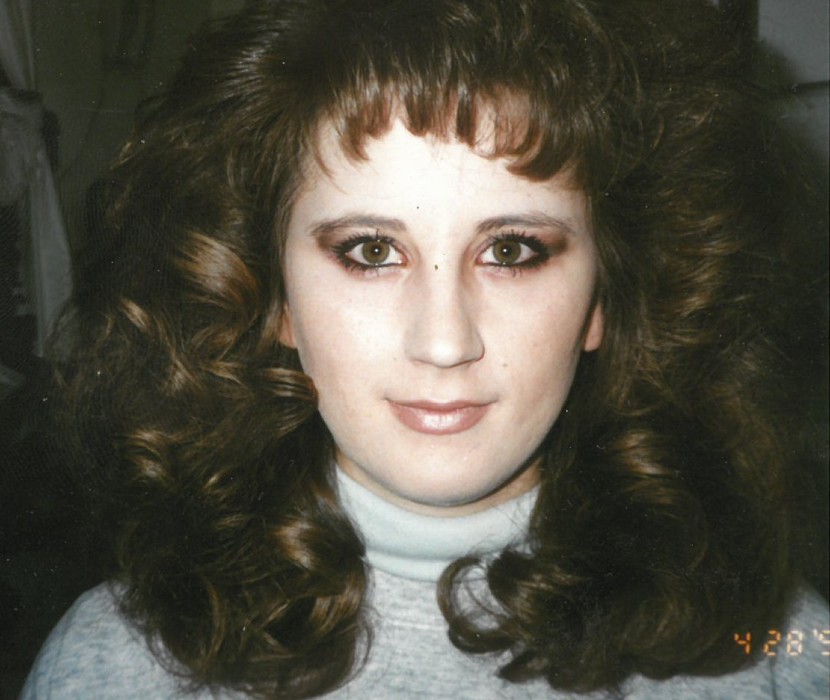 Chrisanna Carroll, age 51, of Ioka, slipped quietly into her afterlife on a warm summer evening, July 31, 2018, at her home amidst family and friends.
She and Rick, her steadfast husband of twenty nine years, have lived in Ioka since the year 2000, accompanied by their large family, as well as animals, trees, bushes, gardens and flowers; all combined to make lasting memories in the large white house by the sandstone ledges.
A hallmark of her life was her nurturing affection for all living things.  Pets were pampered.  The sapling trees have grown tall to give shade. The blueberries simply could not survive here. The garden produce has been savored and shared.  The grapevines twine and we stay forever entwined with this “mothering angel” of our lives out on a few Ioka acres. Chief and most cherished of her nurturing was for her children, and Rick’s son, Matthew (Johanna), and her precious grandchildren, Maycen, Rivers Charlotte and Rhemi.  She considered them the best gifts of her life.  Deep heartache and pain have also imprinted upon the Carroll lives.  For Chrisanna, the deaths of two beloved sons almost eclipsed the sunshine of her soul.  “Baby Scottie” (a victim of SIDS) died near his first birthday and was buried in Provo on Valentine’s Day. Daniel Quade died three years ago shortly after Mother’s Day.  His extraordinary musical talents (guitar, drums, lyrics) filled the big house for hours each day since he was five years old.  When his music was silenced, Chrisanna experienced inconsolable sorrow in her open broken heart, dimming her bright spirit in the throes of her retreat from life as she had so vibrantly lived it. Yet, even in the tender final years of her life, words of appreciation, love and genuine interest for others, have been heard daily as her first responses. She valued the small moments of independence that were hers.  She rarely complained, spoke kindly and longed for that same harmony from all of us.
Chrisanna is survived by her children: Cambree (Fred), Colton, Carson, and Anna Chrislinn—of Vernal; Quinton (Jeremy) of Jacksonvillle, Florida; siblings: Carol (Carl) Whiting, Phoenix, Arizona; Danny (Linda) Morris, Kemp, Texas;  Valerie (Scott) Hayes, Winterville, Georgia; and Celeste (Ty) Reed, Lolo, Montana; and her mother, Sky Morris of Roosevelt.
She was preceded in death by two sons, Daniel Quade & Scottie; and father, Dominic “Nick” Morris.
Graveside services were held on Monday, August 6, 2018, at the Upalco Cemetery

To order memorial trees or send flowers to the family in memory of Chrisanna Patrice Carroll, please visit our flower store.