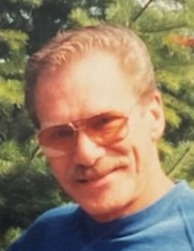 Charles Joseph Crowther, age 80, of Roosevelt, passed away August 10, 2022, at the Uintah Basin Sr. Villa.
He was born September 11, 1941, in Oakland, California, to Joseph Crowther and Miranda Kimble Crowther.  He married Donna McGibbon, and embarked on a three year term serving in the military.
Charles worked for many years as a metal fabricator for Rietz Manufacturing, a food processing equipment manufacturing company.  He really enjoyed the outdoors and camping, but his real passion in life, which he passed on to his son, was motorcycles.  He raced them for many years and took them off-roading any time he could.
Charles is survived by his son, Kevin (Kris) Crowther, of Florida; grandchildren, Brittany Crowther, Sarah (Trevor) Annetts; great-grandchildren, Owen & Addison;     He was preceded in death by his parents.
Per his wishes, he was cremated.

To order memorial trees or send flowers to the family in memory of Charles Joseph Crowther, please visit our flower store.