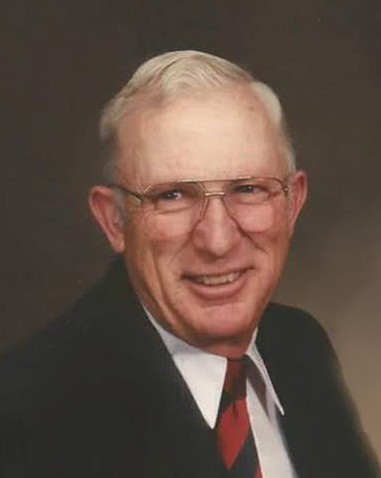 On November 23, 2020 Charles Howard “Pete” Burdick, age 88, of Duchesne, Utah passed away peacefully at his home, surrounded by his loving family, from complications of Parkinson’s Disease.  He was born May 21, 1932 to Charles Thomas and Mary Maxine Wimmer Burdick in Duchesne, Utah and was the second of six children.

He spent much of his childhood helping on his father’s farm and lumbermill. When he was fourteen years old, his father was killed in an accident that left Pete the “man of the house” to help his mother support the family.  He worked hard, helping with the ranching responsibilities, both in Duchesne and Nine Mile.  Later in life, Pete would say that Nine Mile and Argyle Canyons were among his favorite places on earth.

At the age of 22, Pete was drafted into the US Army in 1955 and was stationed in Korea.  His release came in 1957 with a rank of Specialist 4, and an honorable discharge.  Soon after that he was employed as a truckdriver for Reuel Call, the founder of the Maverick gas stations.

In 1958 Pete met the future Mrs. Pete Burdick at her high school graduation party. He married Sherrie Dawn Gilbert February 20, 1960 in the Duchesne Stake Center.  Their marriage was solemnized in the Salt Lake Temple April 9, 1971.  The happy couple started their life together in Salt Lake City, Utah and lived there until 1966 when Pete was offered a job as terminal manager for Tuloma Gas Products Company in Powell, Wyoming.  In 1969 he was transferred to Billings, Montana where they lived until 1972 when he moved his family to Duchesne, Utah and went into the trucking business with his brother-in-law Duane Meriwether.  Later with another brother-in-law, Ralph Madsen, they developed C&P Trucking.  Pete spent much of his adult life working in the petroleum industry both in driving and management.  He drove for various companies including Tuloma, Standard Oil, Chevron, Flying Diamond, and Pennzoil, retiring in 1997.  Several of his co-workers have shared their thoughts about what a nice guy he was, and what a good example he was for them.

Pete and Sherrie served a mission for the Church of Jesus Christ of Latter-day Saints in the Tallahassee Florida mission in 2000.  They were based in Mobile, Alabama where they microfilmed county records.  Pete was an active member of the Church, serving in various capacities including ordinance worker in the Vernal Temple.

Pete was dearly loved by his family, both immediate and extended, as well as all his adoring grandchildren.  He was proceeded in death by his parents, a sister, Barbara Meriwether, and a brother John “Sam” Burdick.  He is survived by his wife and five children: Susan Burdick, Vancouver, WA; Carol (Cris) Poulson, Lafayette CO; Leisa (Dean) Cook, Vernal UT, David (Natalie) Burdick, South Jordan UT; Becky (Kelly) Dastrup, Vernal UT; seventeen grandchildren and ten great-grandchildren; his brother Jerry (Margie) Burdick, and sisters Carolyne Madsen and Shirlie Burdick, all of Duchesne.

Funeral services will be held Saturday, November 28 at the Duchesne State Center at 11am with a viewing the evening before from 6-8pm, also at the Stake Center.  There will not be a viewing the morning of the funeral. . Hullinger Mortuary will provide live streaming of the service for those who are unable to attend. Interment will take place at the Duchesne City Cemetery following the funeral, with military honors presented by the Duchesne American Legion, Utah National Guard and the Patriot Guard Riders..  The family wishes to extend their heartfelt thanks to Good Shepherd Home Health and Hospice Care, for their devoted care during the last stages of Pete’s life.

The family asks that those attending wear a mask and practice social distancing.

To order memorial trees or send flowers to the family in memory of Charles "Pete" Burdick, please visit our flower store.