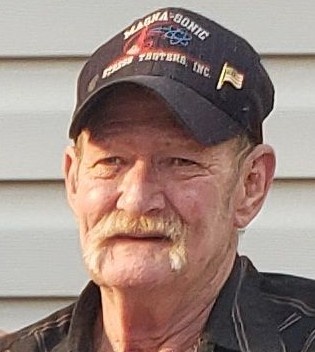 For those who may not be able to attend the services, it will be live-streamed here.

Chad Burton McClure, age 64, of Ballard, passed away at his home on June 22, 2021.
He was born July 2, 1956, in Roosevelt, to Rex McClure and LaRae Reed McClure. He was raised by his mother and Bob Nyberg.
Chad married Doreen Ferguson and to this union Windy was born. They later divorced. He then married Marlene Bolton and they had five children: Burt, Robbie, Keith, Amanda, and Andy. They later divorced.
Chad loved horses and was a true cowboy. He loved his horse so much that he would purposely miss the school bus and saddle up his horse and ride to the West Jr. High School. He loved his time working for the Ute Tribe as a cowboy in Hill Creek. He was a former member of the Gusher Roping Club. He worked in the oil field making many lifelong friends. He was an avid fisherman, spending many days on the Green River catching catfish.
Chad is survived by his children, Windy (Sheldon) Barney, East Carbon; Burt (Tessa) McClure, Duchesne; Robbie McClure (Jeanette Bonner), Maeser; Keith (Mandi) McClure, Lapoint; Andy (Misty) McClure, Bluebell; siblings, Brent (Paula) McClure, Ft. Duchesne; Keith McClure, Roosevelt; Nita Jean (Bert) Harris; Allen McClure, both of Aztec, NM; Beverly (Rocky) Neely, Yellow Jacket, CO; Carol Marie (Stevie) Calahan, Dove Creek, CO, Frank McClure, Cortez, CO; 10 grandchildren, and 1 great-great grandson and many nieces and nephews.

He was preceded in death by his parents; daughter, Amanda McClure; brother, Clinton McClure, and a sister-in-law, Celeste McClure.
Funeral services will be held on Thursday, July 1, 2021, at 11:00 a.m. at the Hullinger Mortuary with a viewing from 9:30-10:45 a.m. For those who may not be able to attend the services, it will be live-streamed here

Burial will be in the Lapoint Cemetery..

To order memorial trees or send flowers to the family in memory of Chad Burton McClure, please visit our flower store.