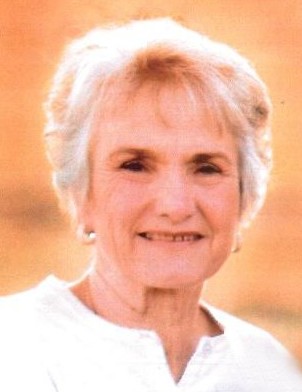 Carolyn Walker Winterton, age 73, of Ioka, Utah, passed away peacefully in her home on May 6, 2018.
She was born on December 29, 1944 in El Paso, Texas, to Rex Basil and Margaret Stark Walker. She had a happy childhood in Kamas, Utah, but on November 27, 1963, she agreed to spend the rest of her life opening and closing gates for Lynn R. Winterton, her beloved eternal companion. Together they journeyed across ranches and countrysides from California to Northern Utah, and eventually settled in the gorgeously wild Uintah Basin.  She was intimidatingly beautiful and graceful--talents, alas, she was unable to teach to her brood of five children. She made do, however, and instead taught them to work and to love their Heavenly Father and Savior, lessons which have paid dividends through multiple generations. Carolyn's crowning achievements and most lasting source of pride were her service in her own loving, laughter-filled home and in her church callings. Eventually--far longer than they want to admit in public--her children finally grew out of needing her constant supervision, and she found a more grateful audience for her impressive skills: Dry Gulch Irrigation Company. For almost twenty years she maintained a perfectly organized, warm and friendly office and became the smiling face of the company. She filled her life with good books and even better needlework, including quilting, crocheting, knitting, embroidering, and tatting. She and Lynn eventually got around to retiring, and they served a full-time mission together in Salt Lake City. Her beauty remained to the end of her life, set upon her face as a testament to her even more lovely character.
Her mother and younger brother Rex J. Walker were overjoyed to greet her in the spirit world. Meanwhile she is survived by her husband; her father; a sister, Cheryl (Harvey) Hughett; a sister-in-law, Kathy Walker; twin brothers, Barry (Diane) Walker and Garry (Cindy) Walker; daughters, Denean (Stephen) Vreeland, Delia (Woodrow) Johnson, and Danalee (Scott) Madson; sons, Devan Jeoff (Susan) Winterton and Deloy Rex "Dex" (Sherry) Winterton; fourteen lucky grandchildren and one sweet great-grandchild.
Funeral services will be held on Friday, May 11, 2018, at 11:00 a.m. at the Myton LDS Chapel.  There will be a viewing on Thursday from 6-8 p.m. at the Hullinger Mortuary and from 10-10:45 a.m. Friday at the church.
Burial will be in the Roosevelt Memorial Park.

To order memorial trees or send flowers to the family in memory of Carolyn Winterton, please visit our flower store.