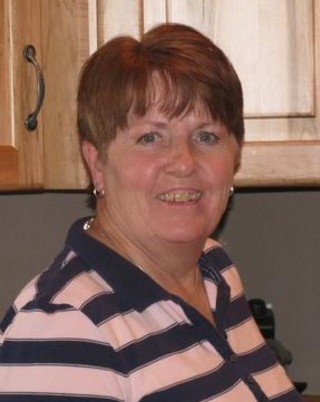 Carol Turner Brinkerhoff, age 70, of Neola, Utah, passed away peacefully on May 9, 2021 in Roosevelt.
She was born September 29, 1950 in Salina, Utah, a daughter to Geneve and Garn Turner.
Carol graduated from Wayne High School, class of 1969.  She married Rollo Brinkerhoff on September 18, 1970 in the Manti Temple.  They then moved to Bicknell, Utah for a bit and later decided to move to Neola, Utah where they raised their 5 children.
Carol enjoyed visiting with just about anyone who would listen, making friends anywhere she went, but the very best friend she could have was her sister Lila.  She liked crocheting while watching some of her favorite shows, The Andy Griffith Show, I Love Lucy and I Dream of Jeannie to name a few.  She enjoyed taking trips up the mountain with Rollo and the grandkids to go fishing.  She loved playing Bingo and doing all the Arts & Crafts the Sr. Villa did.  She loved doing her puzzles almost as much as her Diet Coke or Tab, but most importantly she loved her family so much.
Carol is survived by her children:  Denise (Jason) Yazzie; Lesa (Dennis) Duncan; Joyce (Patrick) Newberry; Judy (Brandon) Jarman; grandchildren: Kayla Jack; Jaden Yazzie; Gage Bolton; Kabree Duncan; Kennedy Duncan; Jaxon Duncan; Morgan (Cordel) Miles; Rylee Newberry; Braxton (Jake) Daniels; Cholton (Tiara) Jarman; Teran (Mercedes) Jarman; Treycen Jarman; 9 great-grandchildren; siblings, Kenneth (Carolyn) Turner; Monte (Jeanine) Turner; Lila Bowden; sister-in-law, Victoria Turner; Rollo’s siblings: David (Coral) Brinkerhoff; Neal (Brenda) Brinkerhoff; Chad (Pam) Brinkerhoff; Dwight (Laura) Brinkerhoff; Linda (Rodger) Black; and numerous nieces and nephews.
She was preceded in death by her husband, Rollo; son, Mark; her parents, granddaughters, Kelsie & Karlee Jack; and brothers, Mike & Wesley.
Funeral services will be held on Saturday, May 15, 2021, at 11:00 a.m. at the Neola Chapel of the Church of Jesus Christ of Latter-day Saints.  There will be a viewing that morning at the church from 9:30-10:45 a.m.
Burial will be in the Roosevelt Memorial Park.

To order memorial trees or send flowers to the family in memory of Carol Brinkerhoff, please visit our flower store.