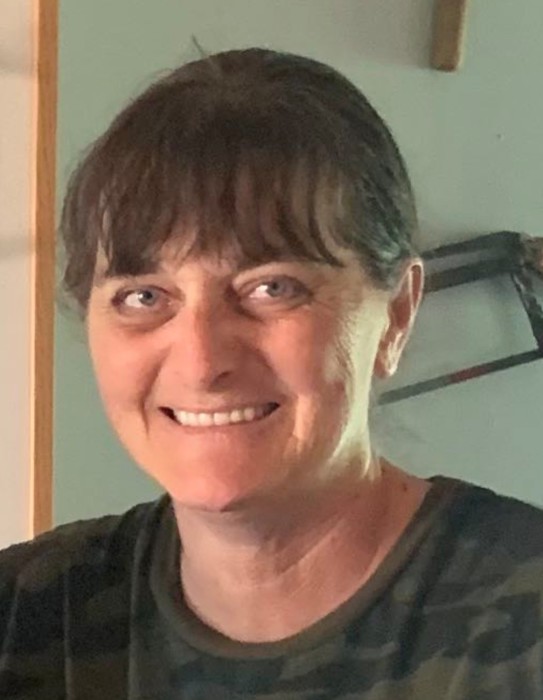 Carma Lee Bird Jessop, age 59, of Bluebell, passed away unexpectedly on September 21, 2019, at her home.
She was born April 13, 1960, in Roosevelt, to Shelby John and Donna Powell Bird.  She married Benjamin Seth Jessop on October 22, 1979, in Elko, Nevada.
Carma was a wonderful wife, mother, grandmother, and Superwoman!  She had worked as a waitress and at a video store, and owned and operated the Skyview Café on Highway 6 for a while – but most of all she was a beautiful homemaker.  She enjoyed crocheting, doing crafts, sewing, canning, riding motorcycles, and was always up for an adventure.  She traveled with her husband for his job for many years, living in a trailer, so when it was time to plant roots, she never left.  She was the biggest supporter of her children and grandchildren – whom she didn’t hesitate to spoil.
Carma is survived by her husband of nearly 40 years, Ben, of Bluebell; children, Mandy (Codey) Arrowchis, Myton; Kelly Jessop (Pat Wilson), Price; Cindy (Dan) Parrish, Logan; Shelby Jessop (Matthew Ochoa), Logan; Stacey (Jim) Wanke, Washington; Ben Daniel (Michelle) Haas; 12 grandchildren, 1 great-grandchild; a brother, Gary (Christina) Bird, Roosevelt; a sister, Geneal Jessen, Boneta; a sister-in-law Jackie Bird, Kemmerer, WY; and numerous nieces, nephews, other relatives, and her dog, Coco.
She was preceded in death by her parents, and a brother-in-law, Johnny Jessen.
Graveside services will be held on Wednesday, September 25, 2019, at 11:00 a.m. at the Bluebell Cemetery.  There will be a viewing that morning at the Hullinger Mortuary from 9:30-10:30 a.m.

To order memorial trees or send flowers to the family in memory of Carma Lee Jessop, please visit our flower store.