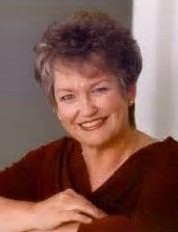 Carlene Brinkman Isakson Weaver Jensen, passed away on January 16, 2018 at the age of 73, in her home with her family beside her.
Carlene was born in Coalville, Utah on April 13, 1944 to Carl Emil and Neoma Alberta Brinkman Isakson.
Raised in Peoa, Utah along with her four brothers Ed, Les, Larry and Rob and two sisters Shelly and Chris. She graduated from South Summit High School in 1962. She continued her education at Salt Lake Trade Tech and Weber State College where she earned her degree and began a career in Nursing that would span over 50 years. 30 years of that career was spent at Uintah Basin Medical Center serving as the Director of Nursing with wonderful staff and co-workers she considered friends.
Carlene was sealed for time and all eternity to Ross Weston Weaver in the Salt Lake City LDS Temple on February 28, 1969. They were blessed with two miracle sons, Weston Ross and Brian Carl. Ross passed away on December 29, 1972, three months before Brian was born.
Carlene later married Richard L. Jensen in February 1976 becoming a step-mom to Robin, Matthew, and Jared Jensen. With Richard, Carlene gave birth to her third son Leonard Jensen. Carlene and Richard divorced after 20 years of marriage.
Carlene continued to work and support herself and her children and grandchildren in their endeavors. She was a soccer, basketball, and football coach to her sons. She attended football and volleyball games, baptisms, and baby blessings of her grandchildren. She loved spending time with her grandkids, and sharing in their accomplishments and giving advice in their struggles.
Carlene remained a faithful and active member of The Church of Jesus Christ of Latter-day Saints throughout her life. Her best tool for teaching the gospel was by example. Throughout her life she showed her family that a testimony of the gospel could carry us through any challenge. She taught us that the plan of salvation is real, she lived it and to us she sealed her testimony with strength and grace in her final weeks. She served in multiple callings in the church with one of her favorites being the opportunity to play the organ in the Vernal Utah Temple.
She was a strong woman, proud of her Scandinavian heritage who weathered adversity with grace and determination. She faced trials and tribulation head on and was an amazing leader, teacher, and mentor. She had a passion for genealogy, had a laugh that would fill the room, and loved to travel with friends and family. She loved visiting old castles, and old cemeteries because of their history and character.  She found comfort in playing the piano and passed on that love to her grandchildren.
Carlene is survived by her sisters, Shelly (Jorge) Guevara and Christine (Steven) Bethers; brother, Robert (Kay) Isakson; sisters-in-law, Carol Isakson, Elizabeth Isakson, and VeeAnn Isakson; sons, Weston (Kimberly) Weaver, Brian (Patricia) Weaver, and Leonard “Lenny” (Mari) Jensen; daughter, Penny (Edward) Martin; grandchildren, Dallin Weaver, Aislynn Weaver, Austin Weaver, Ellison Weaver, Kenisten Weaver, Meg Jensen, Trevin Weaver, Brecklan Weaver, Tanner Jensen, Emma Weaver, Rowen Weaver, Michael Martin, and Andrew Martin; stepson, Jared (Heather) Jensen; and step-grandchildren, Jenni, Janessa, Jocelynne, Jordan, Mason, Malarie, and Meradee.
Preceded in death by her husband, Ross Weaver; parents, Carl and Neoma Isakson; brothers, Larry Isakson, Edward Isakson, and Leslie Isakson; sister-in-law, Karen Isakson; her stepchildren, Robin Jensen and Matthew Jensen; and her stepgranddaughter, Madison Jensen.
Special thank you to Brian and Patty Weaver and their four amazing children and              Carlene's sisters Chris and Shelly for their special care of Carlene in the final years of her life. Also our heartfelt gratitude to Symbii Home Health and Hospice, including Lisa, Megan, Rebecca, Heidi,and Christina for their service, care, and compassion allowing mom to remain with her family and in her home until her passing.
Funeral services will be held on Saturday, January 27, 2018 at 11 a.m. at the Aspen LDS Stake Center, 965 West 2000 North, Orem, Utah, 84057. Friends may visit family on Saturday from 9 to 11 a.m. at the church. Interment, Lindquist’s Washington Heights Memorial Park, 4500 Washington Blvd. Services entrusted to Lindquist’s Ogden Mortuary.

To order memorial trees or send flowers to the family in memory of Carlene Jensen, please visit our flower store.