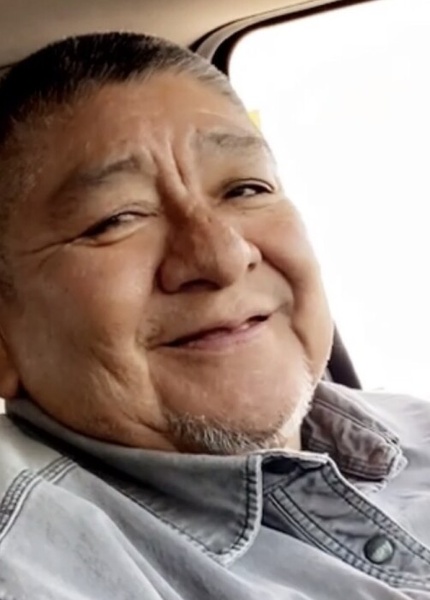 Burton Mahkewa, Sr., age 60, of Sunshine Acres, passed away January 15, 2021, at the University of Utah Hospital.
He was born January 17, 1960, in Parker, Arizona, to Donald Mahkewa, Sr. and Corrine Vivian Polocca Mahkewa.  He married Amenda Jean Kuebler on November 29, 2003, in Ft. Duchesne.
Burton was an active member of the Community Pentecostal Church.  He would often travel with the church to help with missions and preaching the word of God.  Burton liked to work when he was able and held many jobs including roustabout in the oil field, security officer for the Ute Indian Tribe, security guard for the Lake Havasu performing venue,and as a carpenter for the home building in Arizona, “Stargate” TV series set, and the Blue Water Arizona Casino.  He was also a house manager for the local residential treatment center, Red Pine, and another treatment center in San Jose, California.
He enjoyed fishing, golfing, playing bingo, hunting and being in the mountains with his grandkids.  He was an avid fan of the Arizona Cardinals, and liked to watch all sports.  He was a great cook, liked to eat, and often traveled back to be with his family in Arizona.   He was known as the “Best Burrito Man!”  He adored his nieces and nephews and treated them like his own kids.
Burton is survived by his wife, Amenda, of Ft. Duchesne; children, Burton (Sara) Mahkewa, Jr., Roosevelt; Corrine Mahkewa, Jaclyn (Rick) Chapoose, Angelo Checora, Jr, Avery (Shalane) Checora, Corey (Tesia) Checora, Emilleo (Elyssa) Checora, all of Ft. Duchesne; 12 grandchildren, 1 great-grandchild; brothers and sisters, Vera Devi, Parker, AZ; Frances Mahkewa, Roosevelt; Donald Mahkewa, Jr, Phoenix; Jacob Mahkewa, Mesa; John Mahkewa, Yuma; Myra Blakely, Marshall, MO; Joyce Mahkewa, Parker; Rose Mahkewa, Kingman, AZ; Yolena (Bryan) Sorensen, Vernal; and numerous nieces and nephews; and his Chihuahua, “Poncho. ”
He was preceded in death by his parents; a sister, Rita Swick; brothers, James, Robert, Eugene, & “Jimbo” Mahkewa.
If attending the services please adhere to the COVID 19 guidelines and masks will be required.  The services will be live-streamed here and at the button below.
Funeral services will be held Thursday, January 21, 2021, at 10:00 a.m. at the Community Pentecostal Church (1500 Whiterocks Road) where a wake will be held after 4:00 p.m. on Wednesday.
Burial will be in the Ft. Duchesne Cemetery.

To order memorial trees or send flowers to the family in memory of Burton Mahkewa Sr, please visit our flower store.