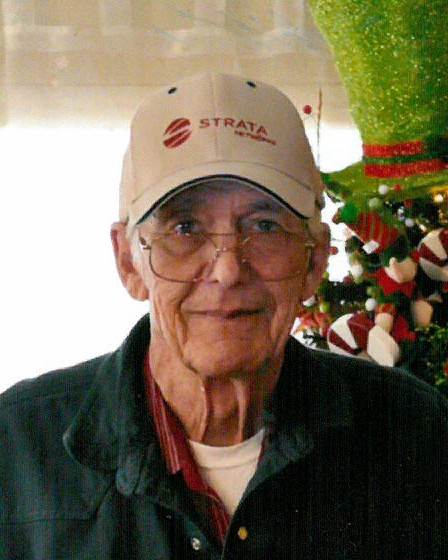 Jasper Lee “Bud” Felter, age 84, of Vernal, passed away February 19, 2018, at the Beehive Home.
He was born November 18, 1933, in Ft. Duchesne, to Lee Daniel and Rhoda Jane Pike Felter. He served for four years in the US Navy during the Korean War.  He married Carol Jean Springer on June 3, 1955, in Roosevelt.
Bud was a master carpenter and could do anything with wood, furniture, beautiful walking sticks, and carved figures.  He was also an architectural draftsman.  He loved to dance, travel, hunt, and be in the mountains with his sons.
Bud is survived by his wife of 62 years, Carol, of Vernal; two sons, Randall Felter, Jeffrey Felter, Vernal; brothers, James K Felter, Myton; Ronald T. Butcher, Roosevelt; and a sister, Veeda Felter Collier, Washington, and a special aunt, Uintah Bullock.     He was preceded in death by his son, Lee, his parents, brother, Dan Earl “Pete” Felter, and sisters, Janet Clark and Shirley Felter.
Graveside services were held on Saturday, February 24, 2018, at 11:00 a.m. at the Lapoint Cemetery.

To order memorial trees or send flowers to the family in memory of Bud Felter, please visit our flower store.