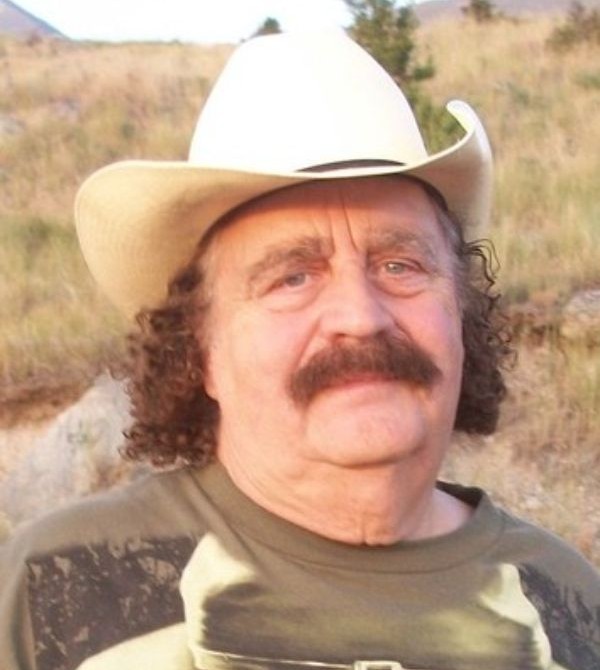 Bryan Wesley Wickham, age 82, of Randlett, Utah, the husband of Lea Dawn Martinsen Wickham, passed away August 21, 2021, surrounded by family and friends in the mountains at Bowden Draw in the Ashley National Forest, north of Vernal, Utah.
Bryan was born April 24, 1939 to Ethel Bell Coyan and Foster Samuel Wickham, in Denver, Colorado. He grew up in the Rocky Mountains in Colorado most of his childhood life. He joined the United States Air Force when he was 17 years old, and was in “special forces” for 20 years. He loved parachuting, and had tours of duty in Vietnam, Japan, and Holland.
He married Annie Delight Turner on January 6, 1959 in Salt Lake City, Utah. They have 5 children: Julie Ann Wickham Degitz, Cindy Skimming, Foster Shon Wickham, Kevin Shane Wickham, and Lonny who died when he was two months old. Bryan and Ann have six grandchildren, and five great-grandchildren, and two step grandchildren. He taught all of his children and stepchildren how to work hard.
His wife Annie, passed away September 7. 2007 from lung cancer. This was one of the most tragic times in his life. He later married, Lea Dawn Martinsen June 16, 2009 in Randlett, Utah. He became Lynsey and Brayden’s new father and he loved them dearly.
Bryan enjoyed spending time with his children, grandchildren, and step children. He loved driving up in the Book Cliffs, and White Rocks Canyon. He enjoyed hunting, fishing, camping, and traveling to see the beauty of God’s green earth. He liked to collect rocks and looking for wildlife was a joy to him. Working and cleaning up the area on his place gave, him satisfaction. He also enjoyed building things. He built the house he lived in, a wonderful playhouse for Lynsey, and a fantastic treehouse for Brayden.
Bryan joined the Church of Jesus Christ of Latter-day Saints, being baptized May 15, 2004. Bryan and Lea Dawn were later sealed in the Vernal Utah Temple, July 10, 2010.
Bryan was loved deeply by all of his family and friends. We will hold forever our memory of him and be grateful to have him in our lives. Until we meet again!
Funeral services will be held on Friday, August 27, 2021, at 12:00 noon at the Hullinger Mortuary. There will be a viewing that morning from 10:30-11:45 a.m. Military Honors will be presented.
Following the service, there will be cremation.
The family would like to thank the Hullinger Mortuary for caring for their Dad.

To order memorial trees or send flowers to the family in memory of Bryan Wickham, please visit our flower store.