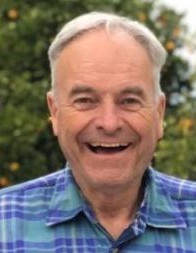 Bruce L Brighton, age 68, of Roosevelt, and Gilbert, Arizona, passed away Wednesday, November 13, 2019, from a bicycle accident.
He was born January 12, 1951, in Roosevelt, Utah, to Laurence and Afton Bingham Brighton. Bruce grew up on a farm and developed a love of animals and the land. He graduated from Union High School in 1969 and Utah State University in 1976.  He served a mission for The Church of Jesus Christ of Latter-day Saints in Kentucky.
Following graduation from college, Bruce married his sweetheart, Deanne Bunnell, in the Provo Utah Temple and spent several years in Northern California as a territory manager for General Motors. He later received an offer to direct the petroleum program for the UBATC, which enabled him to fulfill his lifelong dream of coming home to the Basin to farm next to his parents. He and his wife purchased the local John Deere dealership in 1986 and, along with running their farm, spent many hours creating family memories while working together. Ten years later, they acquired the Case IH dealership.  These two dealerships gave them the opportunity to create lasting friendships with farmers all over the tri-state area.
After Bruce retired, he and Deanne began to spend part of the year with their daughter's family in Gilbert, Arizona. They purchased a home in the middle of a two-acre orange grove where Bruce used his farming background to create a beautiful oasis. His days were spent riding bikes, tending his orange trees, and enjoying his grandchildren. Bruce couldn't stand to sit still and was always working or taking his grandchildren for bike rides. He was truly the best grandpa ever. The world is a less fun place without him.
Bruce is survived by his wife Deanne; children Cindy, Brent, Bart; their spouses; and 15 grandchildren; his mother, Afton; siblings Nancy (Don) Cooley, Connie (Ace) Davis, and Dean (Christi) Brighton, and many nieces and nephews.
He was preceded in death by his father, Laurence Brighton.
Funeral services will be held on Tuesday, November 19, 2019, at 11:00 a.m. at the Roosevelt Stake Center of The Church of Jesus Christ of Latter-day Saints, 447 East Lagoon St.  There will be a viewing at the Hullinger Mortuary, 457 East 300 North, Roosevelt, from 6-8 p.m. on Monday, November 18, and on Tuesday from  9:30-10:45 a.m. at the Church.
Burial will be in the Roosevelt Memorial Park.

To order memorial trees or send flowers to the family in memory of Bruce Brighton, please visit our flower store.