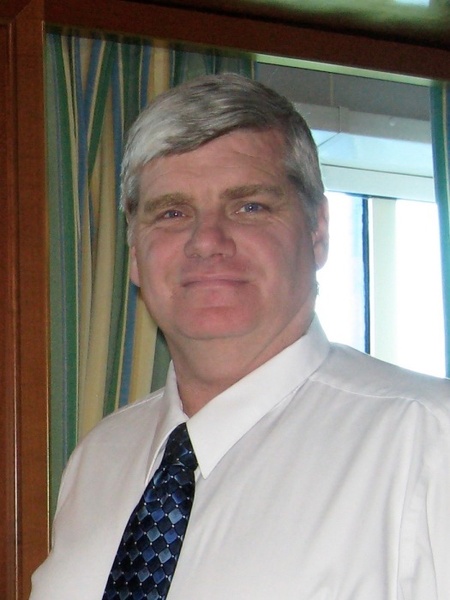 Brian J Taylor, age 56, of Roosevelt, passed away January 27, 2019.
He was born February 1, 1962, in Bountiful, to Jesse William and Gloria Lee Osborne Taylor.  He served a mission in Upstate New York, that, at the time, covered Jamaica Queens, and parts of New Jersey.  He married Robin Jean Brundage on February 8, 1985, in Roosevelt and they were sealed on October 8, 1986, in the Manti Temple of the Church of Jesus Christ of Latter-day Saints.
Brian worked most recently at the Roosevelt Distribution, but his passion and his talent was in auto body repair.  He had a great work ethic and taught many life lessons to his family through example.  He wasn’t afraid to speak his mind and often told it as he saw it.  He was a tease and a jokester who enjoyed camping, fishing, and shooting his guns. Food was also a big passion, especially ice cream.  Brian liked to keep to himself, and would rather be in the middle of nowhere than in the middle of a crowd.  He loved his family and was fiercely protective of them.  Although he appeared to be very gruff, he was really just a big Teddy Bear.
Brian is survived by his wife of 33 years, Robin, of Roosevelt; children Kara (Jered) Downing, Saratoga Springs; Jacinta “Jaci” Stephens (Stacey Norton), Orem; Trenton Taylor, Taylorsville; grandchildren: Joslyn, Dallin, Tyler, Alexa, Christopher, Timothy; brothers and sisters, Bill (Chris) Taylor, Roosevelt; Bruce (Jodi) Taylor, Ballard; Laura Lee (Darren) Anderson, LeAnne (Ned) Smuin, both of Vernal; and numerous nieces and nephews.
He was preceded in death by his father, Jesse and an uncle, Allen.
A Celebration of Life will be held on Saturday, February 2, 2019, at 2:00 p.m. at the Myton Church, in the Cultural Hall.  A viewing will be held prior to the services at the church from 12:30 -1:45 p.m.
Burial will be in the Ioka Cemetery.

To order memorial trees or send flowers to the family in memory of Brian J Taylor, please visit our flower store.