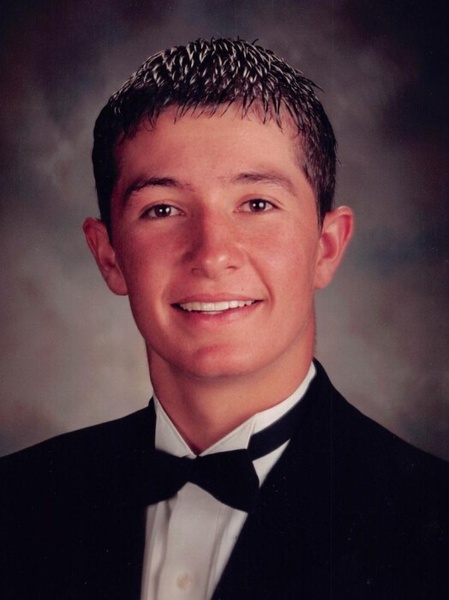 On Monday, November 2, 2020, Brian Keith Cowan, loving father, son, brother, and uncle returned home to his Heavenly Father at age 35.
Brian was born on October 5, 1985 in Salt Lake City, Utah to Kelly J. and Cindy Farnsworth Cowan of Duchesne. UT.
Brian had a passion to live life to its fullest. From being a studious student to the life of the party, you could always count on him to be outstanding and noticed.  Brian never went anywhere without showing off his amazing smile, and his happiness was contagious.
Brian attended Duchesne High School and later went on to study at Utah Valley University where he received his associates degree. He starred in football, basketball, and baseball, however those were not the only sports Brian loved. Brian truly was an elite athlete.  He had a natural gift when it came to anything, which landed him as offensive MVP in football and made the allstate team. Brian went from beginner to professional level when it came to anything competitive in the blink of an eye. If there was a winner, Brian would be it!
Brian was an amazing and well rounded man. Hard working, loving, strong, generous, kind, and charming. Anyone who had the privilege of meeting him instantly fell in love. He had a heart of gold. He was very proud of his parents and loved them dearly. Brian was known for his amazing hugs and “I love you’s”, which started when he was young.
Brian loved babies. If he could have, he would have had a whole bunch of them. In August of 2010, Brian’s heart enlarged ten times the size when his son, Kanden, was born. Kanden was his whole life. He was Brian’s little sidekick from the moment he came into this world. You couldn’t ask for a better daddy. Brian adored Kanden with his whole heart.
Brian is preceded in death by his grandfathers’ Jim Cowan and Keith Farnsworth, and grandmother Elaine Lenox.
Brian is survived by his amazing son, Kanden Cowan, father and mother, Kelly and Cindy Cowan of Duchesne; sister, Kristin Genereaux (Lane) of Duchesne; niece, Madison Duncan (Joseph O’Brien) of Duchesne; great nephew, Rue Carter O’Brien, grandmother, Terry Cowan of Duchesne; Heather Montague (mother to Kanden), Kodah and Brackyn Morgan (brother’s to Kanden) all of Duchesne; and the love of his life Ashley Hoyt, and her 3 kids, Peyton, Houston, and Leyton of Duchesne; along with several other aunts, uncles, cousins, and friends.
Graveside services will be held Friday, November 6, 2020 at 2:00 p.m. at the Duchesne City Cemetery.  A viewing will be held on Thursday evening at the Duchesne Stake Center from 6:00 - 8:00 p.m.

To order memorial trees or send flowers to the family in memory of Brian Keith Cowan, please visit our flower store.