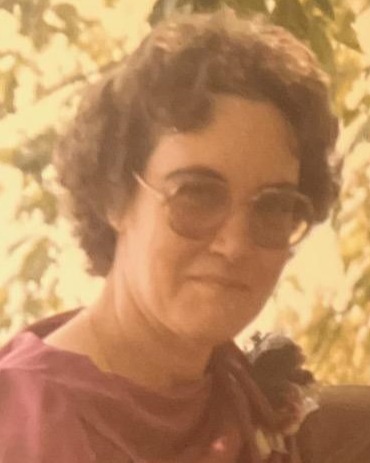 Watch the live-stream of the Funeral HERE

Billie LaPreal Woods, of Bluebell, UT, a beloved daughter, wife, mother, grandma (and affectionately known as "Granny-Great"), returned to heaven at 9:30 pm on Monday January 16, 2023, at Uintah Basin Rehabilitation and Senior Villa in Roosevelt, Utah at the age of 87.
She was born in Roosevelt, Utah on June 29, 1935, to Hosea Lynn Lisonbee (1895-1975) and Mary Lenore Robison (1904-1983). Billie grew up in Bluebell, Utah and loved riding her horse. She would tend to the cows in the field and help her mother with the chores. She described meeting the mail truck at the mailbox with her mother and getting a ride to primary activities at the church. Billie loved her parents and always wanted them to be proud of her. She joined the United States Air Force in 1956 to be a secretary, but soon after was discharged for humanitarian reasons. She served in many church callings in the Relief Society and Primary Organization of The Church of Jesus Christ of Latter-Day Saints.
One day while living in Vernal, Utah, she came across a picture of a handsome man who would soon become her husband, Glenn Dee “Jack” Woods. They were married on October 26, 1957, in Vernal, Utah. The couple was blessed with four children.  Jack preceded her in death on June 14, 2004, in Bluebell, Utah.
Jack and Billie raised their family in several towns in Utah County and later moved to Oakley, Utah. From there they moved to Cheyenne, Wyoming and then back to the Uinta Basin to retire and enjoy life together.
Billie loved crocheting gifts for her grandchildren and great-grandchildren. She created handmade Afghans, quilts, hats, doll houses, and other treasured gifts. Her home was often the center for special family gatherings where the grandchildren would play Cowboys and Indians, have Easter-egg hunts, ride horses, and enjoy the family-favorite recipe of biscuits and gravy. She was passionate about family history work and attended the temple as often as her health allowed.
Billie is survived by her four children, Meri Lynn Woods of Bluebell, Utah; Wanda (Rick) Rogers of Evanston, Wyoming; Jodie (Mike) Dee Woods of Grand Junction, CO; and Wallace J. (Mary) Woods of Rye, Colorado; 17 grandchildren, and 39 great-grandchildren;
She was preceded in death by her siblings: Virginia Winkler, Clyde Lisonbee, RG Lisonbee, and Clara Faye Goodrich.
The family extends gratitude to the nurses and staff, at The Uintah Basin Rehabilitation and Senior Villa, whose kindness and generosity never went unnoticed.
Funeral services will be held at 11:00 am on Friday January 20, 2023, with a viewing at 10 am at Hullinger Mortuary in Roosevelt, Utah.
The burial will be at the Bluebell Cemetery.
In lieu of flowers, Billie has requested donations be sent to St. Jude's.

To order memorial trees or send flowers to the family in memory of Billie Woods, please visit our flower store.