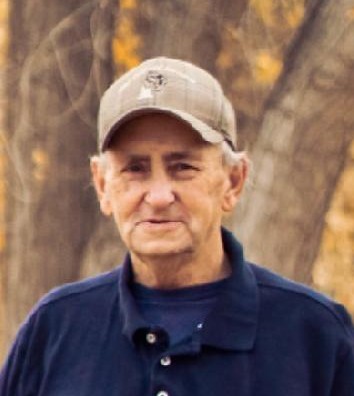 Billie Thomas Back, age 74, of Roosevelt, passed away January 1, 2019 at his home.
Billie was born May 3, 1944 in Meeker, CO to Willie Ernest and Faye Dee Baker Back.  He married Sylvia Jean Finley on July 3, 1970.  She died September 25, 2014.
Billie worked in the oilfield for numerous years.  He enjoyed camping and fishing when he was younger.  His greatest joy was his family, especially the grandkids and his dog Jack.
He is survived by his sons, Jeff Back (BJ Shiner), Brian (Cassie) Back, six grandchildren, Ricky, Damon, Rhiannon, Tayler, Madison, Baily; 3 great grandchildren, Emmett, Maxtyn, and Brexlee, and his siblings, Connie (Eldon) Thurston and George (Peggy) Back.
He was preceded in death by his parents, Willie & Faye Back, his step-father, Robert Thurston, and his wife Sylvia.
Funeral services will be held on Monday, January 7, 2019 at 1:00 p.m. at the Roosevelt Baptist Church.  A viewing will be held from 11:30 - 12:45.
Burial in the Roosevelt Memorial Park with military honors presented by the Roosevelt American Legion Post #64, the Utah National Guard and the Patriot Guard Riders.

To order memorial trees or send flowers to the family in memory of Billie Back, please visit our flower store.