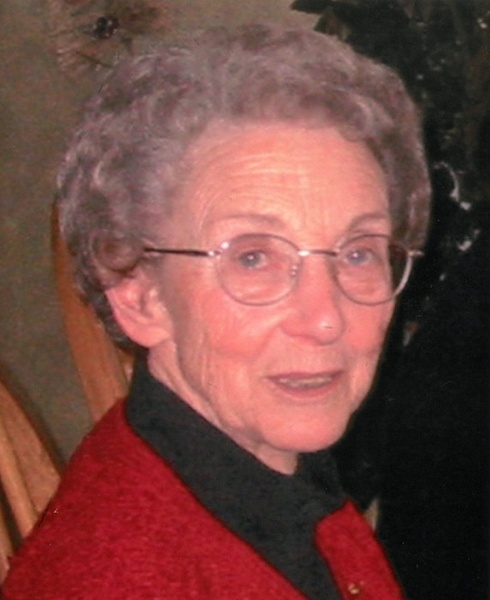 Bertha Grace Anderton Kramer, age 94, of Roosevelt, passed away July 27, 2019 at the Parkside Manor surrounded by her loving family and friends.
She was born March 1, 1925 in Cedarview, Utah to Orson Reed and Thelma Fenn Anderton.  She graduated from Roosevelt High in 1943. She married Albert H “Al” Kramer, April 30, 1954 in Las Vegas, Nevada.  He died September 14, 1963.
She worked for Montgomery Wards for 41 years in the Salt Lake City and the Denver areas.  She traveled for work going into 14 states, opening catalog stores and training their employees.  She retired to Roosevelt in 1986.  She was a member of the Salt Lake City USO in 1943 and 1944.  She was proud to be able to entertain the military troops.
Bertha loved her family and friends, especially the visits, writing letters and she never forgot a birthday.  She was an avid reader.
She is survived by brothers,  Gary (Ismery) Anderton, Fort Worth, TX; Bruce (Linda) Anderton, Lake Charles, LA; sisters-in-law, Cleo (Kent) Anderton, Cedarview; Marlene (Val) Anderton, Mesquite, NV; Lorraine (Don) Anderton, Taylorsville; special friend, Earnie Currey, Brewster, NY; and numerous nieces and nephews that she loved as her own children.
She is preceded in death by her parents, husband, Al Kramer, siblings, Lena McDonald, Lorraine Workman, Bonnie Stoneberg, Joann Blatnik, Don Anderton, Val Anderton, Kent Anderton, and special friend, Earnest Currey.
The family would like to give a heartfelt appreciation to Parkside Manor for their loving care and compassion they shared with Bertha.
Funeral services will be held on Thursday, August 1, 2019 at 11:00 a.m. at the Hullinger Mortuary.  A viewing will be held from 9:00 - 10:45 a.m.
Burial in the Roosevelt Memorial Park.

To order memorial trees or send flowers to the family in memory of Bertha Grace Kramer, please visit our flower store.