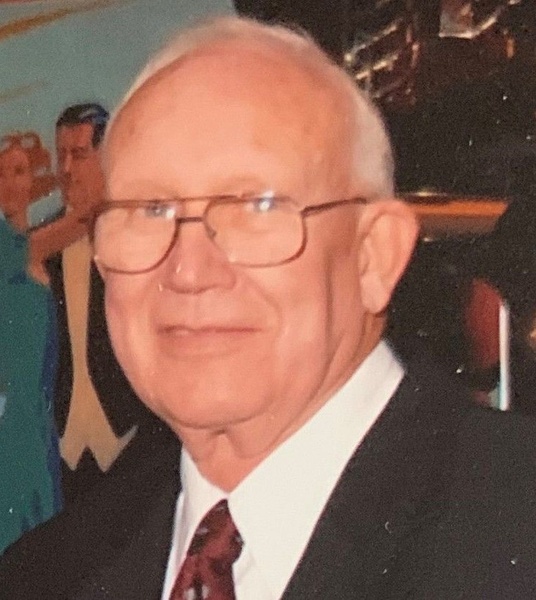 Watch the live-stream of the funeral here.

PLEASE NOTE CHANGE OF TIME AND LOCATION OF SERVICE:

Bert Ferron Hansen, age 85, of Roosevelt UT, passed away July 19, 2021.
Bert was born in September 26,1935 in Sandy, Utah to Gladys and Edwin Hansen. He attended school in Salt Lake City, Utah and graduated from Salt Lake City South High School in 1954. He met the love of his life, Kay Wright, and they wed in September of 1956 in the Salt Lake City Temple and were married for 64 years.
Bert was a loving husband, father, grandfather and great grandfather. His greatest joy in his life was to be surrounded by family. He was loved by his family and we will miss him.
Bert was adventurous in his younger years, from rafting down the Colorado River to building his own dune buggy so he could go off-road scaring his children. He liked to tinker and work with his cars and trucks, but he also worked on cars for most of his children. He also helped build a house with his father and later in life he built another home for his own family. He enjoyed traveling and went to Peru, Chile, England, Scotland and Alaska.
Bert started working for Pacific Bell Telephone Company in 1957 until he was drafted in the Army in 1958. He served two years during peace time as a company clerk. After his military service, he returned to Pacific Bell until 1968, then he moved to Utah and worked at Mountain Bell Telephone companies, finally retiring in 1996.
He was active in The Church of Jesus Christ of Latter-Day Saints, Roosevelt 2nd ward, until he was too ill to attend. He was a ward clerk, did missionary work and served in the Vernal Temple.
Bert Hansen is survived by his wife, Kay Hansen, 8 children, Tamara Morris, Bert Hansen Jr., Julie Gonzalez, Brent Hansen, Bryan Hansen, Carrie Williams, Melanie Hickey, and Ben Hansen, their spouses, 27 grandchildren, and 19 grandchildren. He was preceded in death by his parents and brother.
Funeral services will be held on Monday, July 26, 2021 at 12:30 p.m. at the Hullinger Mortuary, 457 East 300 North in Roosevelt, with a viewing from 11;00 - 12:15.
Burial will be in the Roosevelt Memorial Park with military honors presented by the Roosevelt American Legion and the Utah National Guard.

To order memorial trees or send flowers to the family in memory of Bert Ferron Hansen, please visit our flower store.